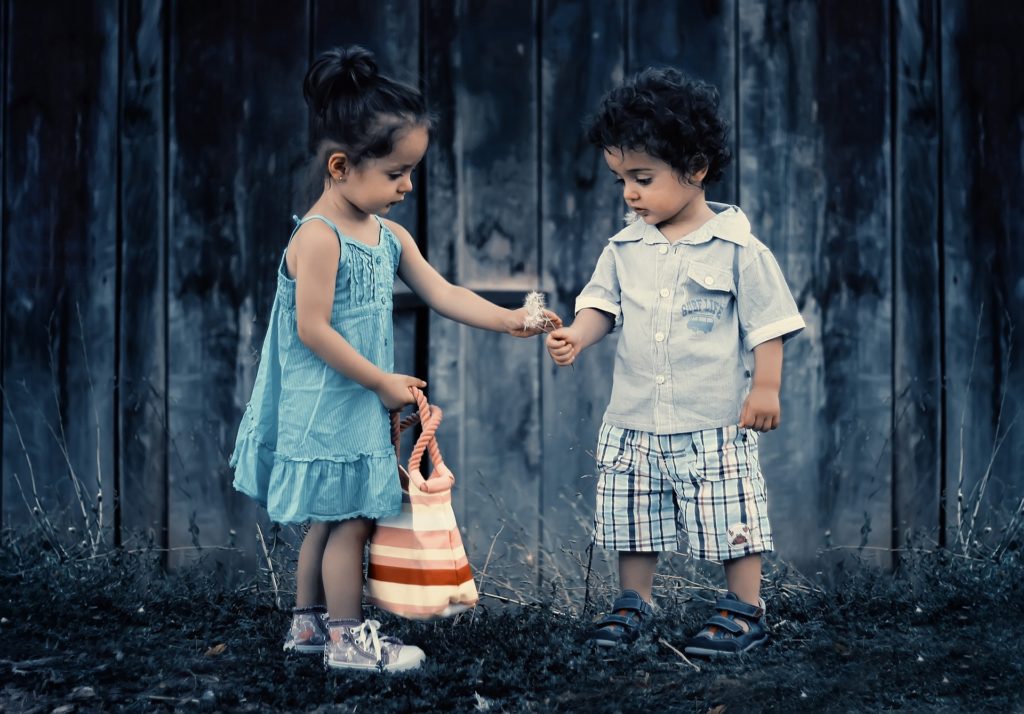 There are some things I don’t let my kids say. A lot of parents keep their kids from swearing. As noble as that is, there is something much more detrimental.

Study After Study
There is something I find fascinating about research studies. Whether I’m picking up a book by Dan Ariely, Malcolm Gladwell, Dan Pink, or someone else, finding out how people really behave despite how they think they behave is fascinating.

Over the years there have been a number of studies involving kids in school. Some were observational, some were unknown to both students and teachers, and some had everyone in on it.

There was the Rosenthal study in which teachers were told which students scored well on the the “Harvard Test of Inflected Acquisition” leading to random students becoming better students. There was Jane Elliot’s blue eyes/brown eyes experiment in which she showed the effects of racism to her students by changing who received positive reinforcement or negative reinforcement due to their eye color.

And then there were even horrible studies, such as one labeled “The Monster Study” in which kids were treated as if they were stutterers, and then became stutters. Even though the researchers realized their error midway through the study, they were unable to reverse the damage. This eventually lead to a multimillion dollar lawsuit against the State of Iowa and the University of Iowa.

But all these studies and many, many more like them show us something which, as a parent, I care more about.

Labels Define
In the Rosenthal study, students were split into two groups based on their scores on the “Harvard Test of Inflected Acquisition”: bloomers and non-bloomers. Teachers were told which students were bloomers and were told to make sure those students had what they needed to succeed. When the experiment was over, the researchers found that the bloomers were doing better and were happier and more curious.

There was something very special about the test, however. It didn’t exist. There was no such test. Students were simply randomly assigned to a group. In other words, the fact that the “bloomers” did better in school had nothing whatsoever to do with what they came with, but how they were treated.

Likewise the Blue Eyes/Brown Eyes experiment showed the same thing. Not only did a cosmetic feature of a person not have anything to do with how successful they were when they were treated well, when the tables were turned the other way the students who previously did poorly did very well and vice versa. Even the horrors of the stuttering study showed that how people are treated – the labels they are given – has a gigantic and often catastrophic effect on their success and wellbeing.

Our Potential
We have all kinds of potential. Our past does not define us. Jeff Bezos, the founder of Amazon and currently the richest man in the world had a father who abandoned him at a young age. Likewise, the founder of Apple was abandoned by his father as well. Oprah was sexually abused and had a baby at the age of 14 who only lived to be a couple months old. Had these people been defined by their circumstances, they should have been relegated to a life of obscurity.

But what we achieve has a lot more to do with how we are treated than what we are like today. Jeff Bezos had people around him who encouraged him to do great things. Steve Job’s adopted parents loved him and treated him so well, he would often use the lessons he learned from his father to teach the staff at Apple to drive them to create with real pride. Oprah had people in her life that pushed her to do better and encouraged her to try out for a career in broadcasting.

If people had labeled Bezos, Jobs, or Oprah and locked them into a definition of themselves, what would they have become?

This is why I don’t let my kids use words like “stupid”, “Idiot”, “moron”. I talk to them about not using labels. Why? Because labels limit. There is a better way.

The Alternative
Instead of telling people what they are, tell them what they do.

Psychologists say you should avoid telling kids they are smart. Kids who own this label tend to avoid risks that would make them look dumb. They will avoid challenging themselves because they want to continue to look smart.

Instead, tell them they work hard or they apply themselves well or they study hard. These are all things in their control that they can improve. It empowers them and shows them that they are in control of their future.

Actions, Not Labels
When you talk about people or to people, speak in actions, not labels. Get in the habit of saying what people do instead of who they are. People can and do change and the biggest roadblock to that change is our own mental definitions.

If you want to change the world, start with actions, not labels.