An Iron Will and True Gold 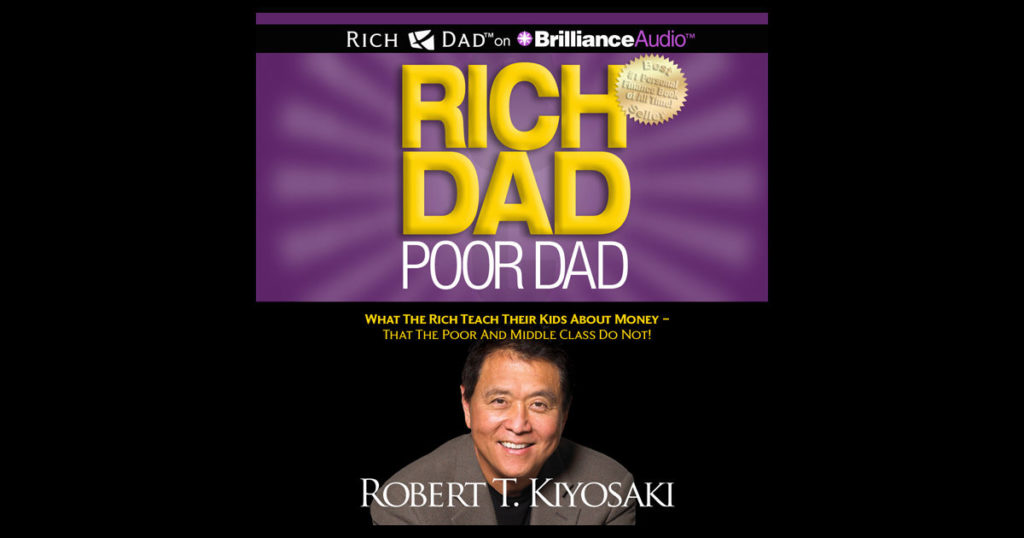 Can an iron will rob you of true gold? It seems there are some who understand how to truly succeed, yet they miss one of the most important rules when they strive for success. In their rush to form their iron will it seems they are robbing themselves of that opportunity to discover true gold.

It starts out talking about how the author learned valuable lessons with money by working for his “Rich Dad”. It seems the rich dad made a lot of money by applying key principles he believes anyone can apply. He’s also earned a reputation for being unfair to his employees.

As he explains to the author of the book, who was just a boy at the time, there are two viewpoints in the world: those who will always be unsatisfied with what they make no matter what they make and those that fight to get ahead. It’s the kind of idea that makes me want to go “YES!” and “Dear, God, NO!” all at the same time.

And as I’m listening it strikes me that there is a myopic view of life that many have that causes a great deal of problems. It reminds me of a some really unsuccessful people I have worked with.

A Gigabyte of Boring
Since I was 13, I have loved working on computers. As an analytical, I get them; they make sense to me. I have been programming computers for 30 years.

And it always strikes me when I see people who know how to code well, but they can’t seem to get ahead. It’s not in the lack of skill; often times they are development geniuses. It’s typically their inability to communicate to non-technical people that does them in.

I’ve been in far too many meetings where I’ve heard a technical person spout off geek jargon while their audience became glossy eyed and completely tuned out. I’ve often had to step in to explain the geek speak in real world terms:

“We’re going to have to use SSL,” the programmer might say.

“Basically, we need to make sure the information is secure when we send it so no one can see it except the person we are sending it to.”

It’s something that so many people miss: everyone is not in our position; we need to meet people where they are.

Erring on the Side of Humanity
And that’s where I think many fall short. I’m not far enough into the book to fully comment on it, so I will just talk about the idea of someone who is good at business and believes everyone can be, but they have to stand up for themselves. If that person doesn’t, that’s their fault.

The problem with that view is it’s myopic. It’s one-sided. First of all, it assumes we are all the same and we are all driven the same. Secondly, it assumes that if someone doesn’t fight for something better, they don’t want to. Maybe they just don’t know how.

Why not spend time educating them instead of taking advantage of them, believing that if they wanted a better life they will fight for it? That’s the root of rationalization and a little too self-serving.

In fact, this comes up in the book. As the “Rich Dad” talks to the young boy, he said the boy was the first person to confront him about this. What does that say?

But instead of putting zero effort into helping others find their path, we have a responsibility as fellow humans to help move them forward. After all the Golden Rule is a principle in numerous religions, cultures, and regions. Are we truly treating people as we want to be treated? Would we want others to leave us in the dark or share with us some ways to challenge ourselves and move us forward?

Do Unto Others
It doesn’t seem like someone is “doing unto others as you want done to you” when they become a multi-millionaire while others work for them and can’t make ends meet. We need to make sure to exercise our iron will while we also exercise the golden rule so others have the chance to exercise their iron will.

We need to make sure others succeed as we succeed. Otherwise we aren’t succeeding; we are taking advantage of the very people who have helped us succeed. That’s not the golden rule; that’s fool’s gold.

Instead, we need to be the rising tide that lifts all boats. We need to be a force of good with the people we work with. After all, which is better: 1 rich person and 500 poor people, or 501 happy people?

Some may worry more about the money, but I think having 501 happy, well off people is the true gold.