Bob and the Agony of Having All The Answers 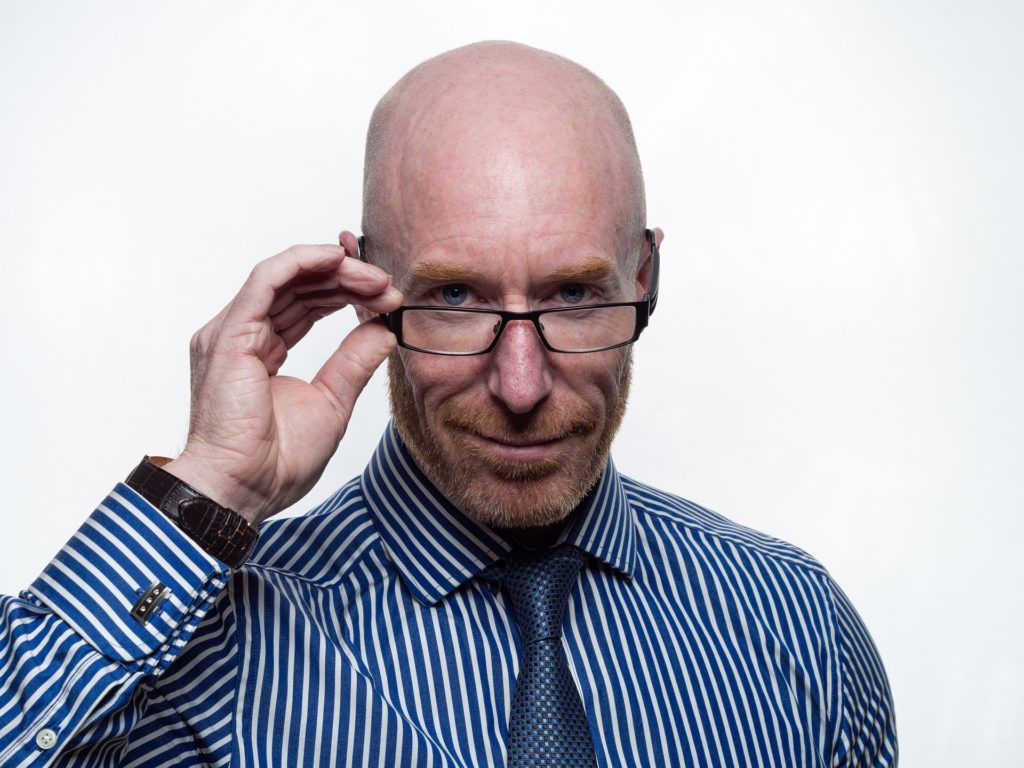 This is Bob. Bob has all the answers. Poor Bob.

Bob at Home
In the morning, Bob talks with his wife. The conversations are typically brief and mostly logistical. This makes Bob sad that he can’t show his intellectual mastery.

Occasionally the gods shine on Bob and he has an opportunity to refute a statement made by his wife. The magnitude of Bob’s brilliance is magnificent; it’s so strong that it makes her eyes roll in her head. She even leaves the room out of respect for his brilliance.

Bob at Work
At work, Bob’s coworkers are very busy. Sadly, they don’t have time for Bob to unravel all the secrets of the universe. Their drive keeps them away from Bob’s latest thoughts on the state of the world. “If I could just tell the right people,” he muses, “I could save the world some heartache.”

As Bob walks through his office, people scatter, suddenly realizing the job they have to do, jobs that Bob rarely sees them perform but that they always seem to be doing. “They must be doing it wrong,” he thinks to himself. “I could help them with that.”

Bob at Church
At church Bob is a blessing. He’s able to help so many people, particularly those he’s able to catch. Sunday is a busy day for people. Of course it’s also the best day for church. Bob’s said so.

Since church is a good place to confide in others about the struggles one is having, Bob knows that God has placed him here to help a ton of people. He always seems to know the exact wrong thing that people are doing to cause their situation. He’s so astute, he can decipher it without hardly any information.

Bob even jokes out loud that if there was a game show called “name that mistake”, he could do it after hearing the least number of words about the problem. Sadly, not everyone is as sharp as Bob to understand the joke, which is probably why it rarely gets a laugh.

Bob by Himself
When Bob’s by himself, he’s proud of his intellect. Actually, as he thinks about it, he’s often by himself. People are so busy nowadays. (By the way, do you know the origin of the compound word “nowadays”? Bob does.)
Bob’s world is predefined. Everything is neat and tidy. Everything fits where it’s supposed to. Everything is perfect and fake and lonely and so perfectly sterile that it makes Bob wonder where tears come from.

Bob in His Cage
Bob sits all alone in his world. It’s a perfect world because he has all the answers. He knows it all. And the horrible emptiness in that perceived perfection has him trapped.

Like pretty much all of us, Bob is a smart guy. He knows a lot. But there is a mountain he doesn’t know. The universe is vast and complex. There will always be oceans of knowledge we don’t have for every pond of knowledge we do.

When Bob looks at the world as if he has all the answers, he misses the joy of asking the questions.

The best vacation destination? Bob knows it. So he misses out on discovering the joy and beauty of all the other fun and exciting places that exist. The best restaurant? Bob can tell you, and he misses out on all the wonderful and mouth watering dishes outside his own experience.

Bob’s opinion has become his cage. His understanding his prison. He has shrunk his world by magnitudes because he doesn’t learn or hear or listen. The only world that exists is the one he knows.

A Better World for Bob
Instead of knowing everything, it would be better to be a blank slate – to learn about the world with wonder and awe. Instead of sharing an opinion, it might be better to listen to others to gain new perspectives and open up your world.

Learning, listening, and being open to new adventures swings wide the door to new possibilities and experiences. The world that Bob misses is the world that would open his eyes to awe and beauty and rekindle his sense of wonder.

The world is full of new and exciting ideas and experiences. Brighten your world: let loose of your need to know it all; be ready to learn everything anew.