How Fat Me Made Me Happy 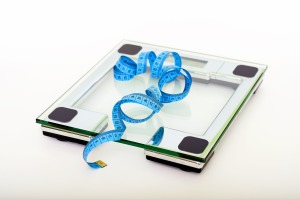 I Don’t Know How Pleasant “Plump” Is
I almost jumped for joy at how fat I was today. I know that seems odd, and it’s not because I like being overweight. And I’m actually not crazy. To explain, I really have to start back several years ago.

It wasn’t that long ago that I was a poster child for poor eating habits. I didn’t pay attention to what I eat and wasn’t very active. To some degree I had an arrogant disregard for eating well.

Over time I put on the pounds. It wasn’t something I intended or even noticed. The change was moderately slow so it was easy enough to ignore without too much conscious thought. There were signs, sure, but we have a way of fooling ourselves about a lot of things, don’t we?

At the worst point I was fully in “obese” territory flirting with “severely obese”. I was probably a good 70 pounds overweight, but never dared weigh myself lest my self-deception revealed itself. 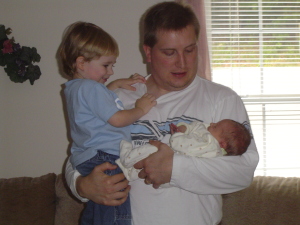 I’m the big one… in more ways than one.

I Made a Change
Then things changed. I divorced and started taking inventory of how I wanted my life to be. I had already been on the road to better health, but I decided to go full speed ahead.

I ate better. I became more active. I ran. I joined cycling groups and covered hundreds and hundreds of miles. I lost a ton of weight.

At my best, I weighed around 175. I was healthier, happier, and having fun. 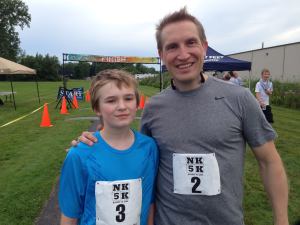 I’m the one that looks happy to be there.

Life Is Demanding
As good as that felt, it was hard to maintain. It took a lot of time and energy. What’s more, I moved to a much colder climate where four months out of the year it’s quite cold and nearly six months out of the year it’s difficult to cycle. What’s more I didn’t really know anyone in the area. There are sturdier people than me who do it, but I was not doing as well.

I started out strong, then started slipping. At first, I made it to my lowest weight. Moving to New York is when I hit 175 and lower. But after the first year the loneliness and cold caught up with me. Between that and a task-oriented nature where there seems to be more to do than there is time, I just found it hard to maintain.

My weight started slipping. I was thrilled when I hit 175 and below, but then it climbed to 180, then 185. Most days I stayed around 185, but some days it was closer to 190. It wasn’t where I wanted to be, but it was still much better than where I was years ago, and I was still a lot healthier.

Step off Me, Fatty!
Despite all that, despite my effort and my goals, I still weigh each morning. My goal for the year may be solid, but my weight today may not be.

Each day I weigh myself and each day that I’m not where I need to be, I cringe at the scale. It’s simply honest, but to me it feels like failure. At one point I was athletic, toned, and felt powerful. Now I feel bloated like I’m never going to get that back.

So there I sat, ready to weigh. The scale sat in front of me, mocking me, and I sat there knowing that the next thing I would feel would be disappointment.

You Da Man!
That’s when it hit me. It’s all perspective. If, when I was around 240 pounds I would have said “one day you will be 195!” I would have been thrilled! If, one of the two or three times my weight flirted with 200 again I would have weighed to find I was closer to 190, I would have been so relieved.

Then I weighed myself, originally worried I would see 195, but telling myself, “whatever it is, it will be less than 200”.

And there it was… 192. The same as yesterday. I was elated! It wasn’t where I wanted to be, but in perspective it was awesome.

Choose the Right Motivation
We need to have strong goals. We need to be healthy. Sometimes we even need a kick in the teeth.

But sometimes we need to feel proud of our accomplishments even if we aren’t where we want to be. In the end, I am still 50 pounds better than I was. I am healthier than I was. I still want to do better, but I need to appreciate where I’ve come.

But in this moment, just pat yourself on the back for coming this far. You deserve it.