The Injustice of My Bathroom Scale 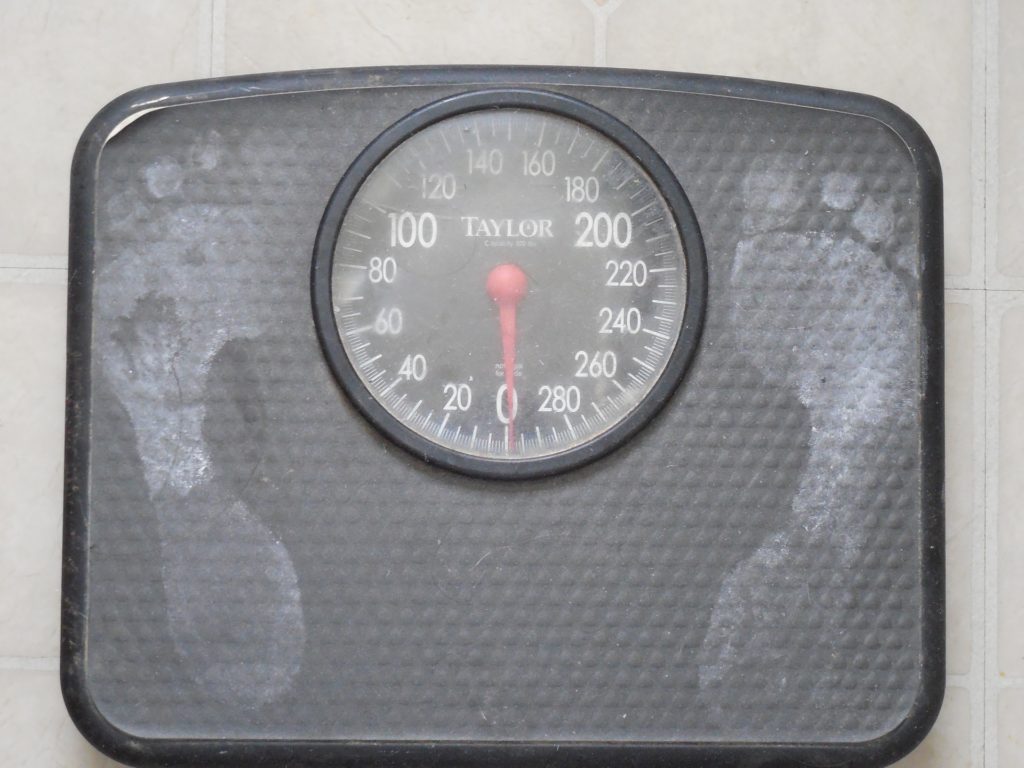 We see injustice every day, but I think I’ve found a terrible injustice in my bathroom scale.

The Tyranny of My Scale
For the last two and a half weeks I’ve been on a restricted calorie diet. I’ve been eating less and every day I am hopeful that my weight is getting closer to my goal.

As I stand in front of my scale, stripped down and exposed, I try every little thing to make sure I get an accurate reading.

I try my best to make sure the scale is in the exact same spot as last time so it doesn’t get one of its feet cockeyed on a dip between tiles to throw off its reading. I look straight ahead until I know the reading is done. I try not to breathe or move at all. I do everything I know to make the reading as accurate as possible.

The scale makes me nervous. There have been many times I thought I did everything right and the scale laughed in my face. There have been other times I thought I did everything wrong and it threw me a bone. I sometimes feel like a small shift in how I’m standing can make a decent impact. After all at 180 pounds, if it were only off by half of a percent, that would be about 1 pound.

I may be ridiculous, but I’m statistically smart.

The Irrelevant Pound
Except that I’m not. First of all, the scale will most likely not be off by even half a percent, or more than likely half of that. If there is a deviation on one day, averaged over many days, it won’t matter. And if I’m looking to lose 10 pounds, no slight deviation is going to matter as much as one thing: losing the weight.

I can finagle the scale, contort my body, and abate my breathing, but at the end of the day it’s losing the weight that will make a difference. Even if the scale could be off by one pound or even two on certain days, it can’t hold a candle to losing 10 pounds. No amount of trickery and shenanigans can compare to doing the work.

Other Factors
Nothing would compare with doing the work unless the scale was damaged and simply didn’t work well. Or if it was not really a bathroom scale, but some other type of scale that was jury rigged to work because that’s all you could afford.
Or even worse, what if there were no scale at all, but someone who told you what you weighed based on looking at you. Or what if there was a scale, but it didn’t matter because you were only able to track your weight based on that person.

The Injustice of the Scale
Yes, we have a huge impact on what we achieve. We can try to fake it, trick it, or try any number of crazy methods to bypass the truth, but hard work and dedication win over any small gains made through trickery.

But that doesn’t mean that hard work and dedication work every time. Some people have a messed up understanding of how to relate to others because of how they grew up. Some people don’t have the means that others have. Other people face prejudice because of no other reason than what others see in them before they know them.

All of these can affect their ability to get a job, a home, a good education and more. Hard work and dedication matter, but when people are weighed, are they weighed on an accurate scale, or one that’s broken or missing, or simply abandoned so the person watching can make their own guesses based on their assumptions and prejudices?

A Proper Weight
If you have a working scale, work hard. Make the most of yourself. Don’t complain if someone knocks it and it shows up a couple pounds off now and then.

Instead use that energy to find ways to help others who may have broken or missing scales. Stand up to those who are weighed not by their character, but by the assumptions and prejudices of others.

Ignoring our own slights while helping those who are dealing with true injustice may not be easy, but we need to give it the weight it deserves.