It’s not the Pain That Hurts 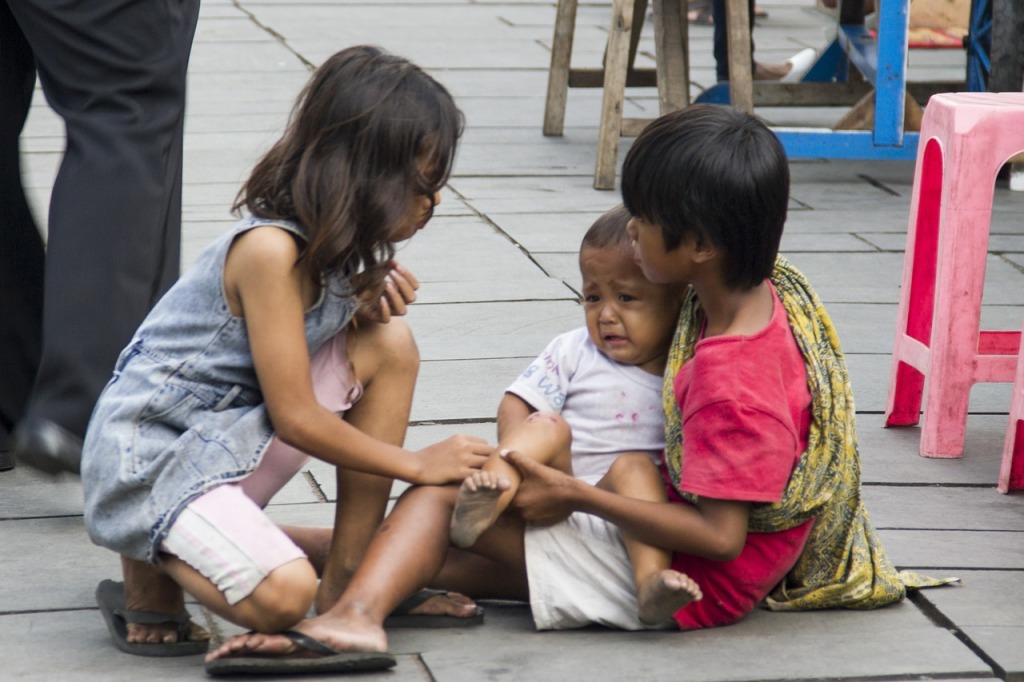 Do you remember going out riding bikes and skinning your knee, or playing with neighborhood friends only to be picked on by everyone or worse? Remember running home to mom or dad to feel a sense of comfort? What if you arrived home and instead of your parents, you found a big wire version of them?

Wireframe Mothers
In the 50’s, Harry Harlow conducted some experiments with rhesus monkeys at the University of Wisconsin. For this experiment, he created two “mothers” out of wire for the monkeys. The mothers were both the same, but one of the mothers had a soft terry cloth exterior. 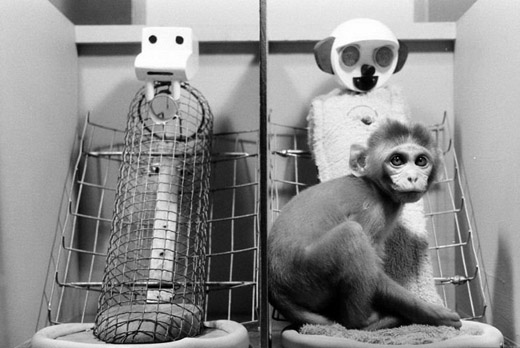 As both types of mothers were made to dispense milk, all monkeys were equally nourished and grew at the same rate. However, the monkeys with soft terry cloth mothers were much more socially adept and thrived in contrast to the other monkeys.

The reason, Harry Harlow hypothesized, stemmed from the care they received during moments of trauma. When something scared the terry cloth monkeys, they ran to their “mothers” and made contact with the comforting softness of the terry cloth. The other monkeys simply had to deal with the trauma themselves, having no one to help them understand how to deal with it.

“Pain is inevitable. Suffering is optional”
Life is filled with pain. We all have stories of being picked on in school. Some brush it off like it’s no big deal and others had a much darker experience.

We’ve all fallen and scraped our knees. We’ve all bumped into things in the middle of the night. And the term “stepping on a lego piece” seems to be a universal signal to cringe.

But it’s not the pain that does the damage. Pain is inevitable. To quote Wesley’s somewhat morose line: “Life is pain, your Highness. Anyone that tells you differently is selling something.”

Compassion Trumps Pain
If the monkey experiments show us anything, it shows us that we need comfort. Pain is all around us. No matter how rich or poor you are, pain is an equalizer.

It’s not the pain that does us in; it’s the lack of anyone that helps us process the pain and shows us our value. Compassion, understanding, and concern trump pain.

These are not erasers. It’s better than that. Erasers would remove the pain. Instead, compassion and understanding can turn pain into joy.

The Value of Pain
In the animated movie Inside Out, where we see the emotions inside someone’s head, the character of Joy can’t understand the purpose of Sadness. To her, life should be one long, happy joyride. At one point Sadness talks about a memory where the main character, Riley, is despondent from having lost a playoff game. To Joy’s shock Sadness says it’s a great memory. For this and other reasons, Joy can see no value that sadness brings to the table.

Later in the movie, at Joy’s lowest point, she comes across that memory. She looks into it more deeply, and discovers something: at Riley’s weakest and most vulnerable – her parents come and comfort her. They show her how important she is and that things are ok. Then her teammates came and literally carry her off as the scene turns from sad, to full of joy. It turns a defeat into a victory.

It’s not the Knee that Hurts
When you were a kid and you fell and skinned your knee, it wasn’t the knee that hurt. It was that feeling that life – this beautiful, wonderful experience – had done you wrong. You were laughing and playing and having a great time and then, in the eyes of a child, catastrophe struck. Sure it hurt, but the bright sun of joy was sucked out of the moment as dark clouds filled your mind because all your body could process was the throbbing of your knee.

When you ran home to your parents and your mother or father or even bigger brother or sister took care of you, or when your friends came around and rallied around you, the clouds lifted. The world was not this cruel monster stealing your joy, but this benevolent genius who orchestrated something bigger, something grander, something more spectacular. The pain it seems was just part of the journey to get you to a place of comfort and happiness.

And give equal to what you get and more. Support people. Show them love. Be there when they skin their knee. Comfort them. The world is full of wireframe people – too caught up in their own busy lives to help people in need. Be the one who comforts and supports. After all, if it’s not the pain that hurts, then with some care and comfort, we can add a whole lot of blessing to people’s lives.