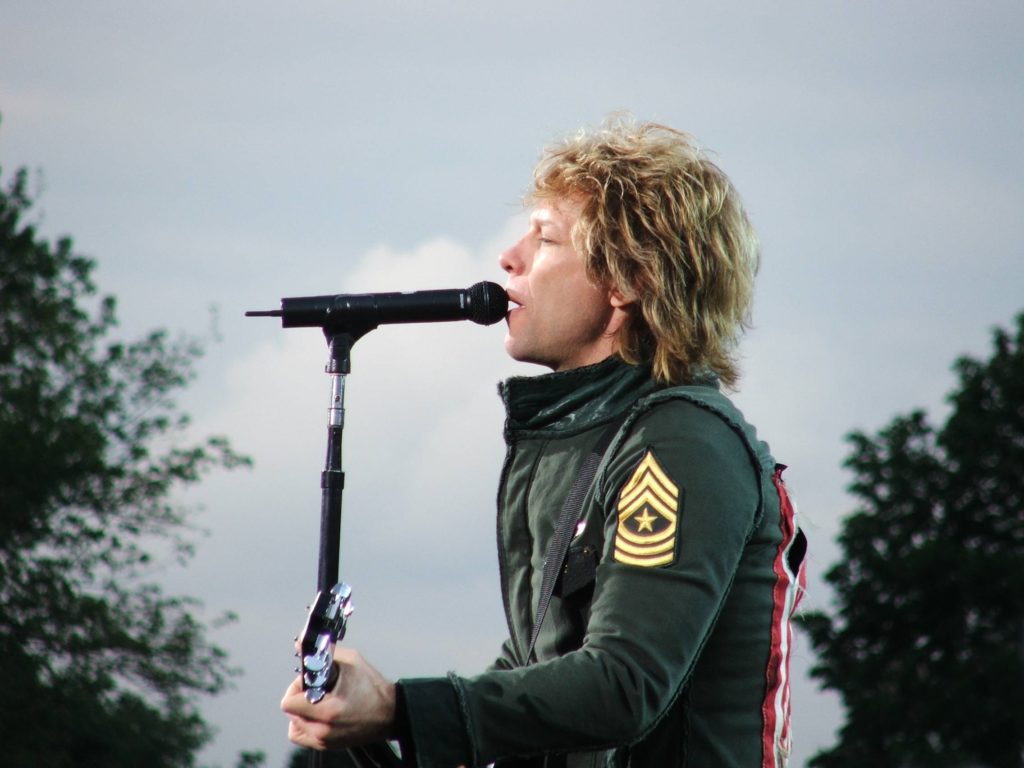 Bon Jovi is a music superstar. When he sings, he fills a theater. But it wasn’t enough. To the surprise of many, he wanted to be an actor too. And his experience led him to create an anthem for people the world over.

A Career Underwater – Sort Of
Bon Jovi reached amazing success as a singer. His band has filled stadiums the world over, performing in more than 2,700 concerts in over 50 countries. They have sold more than 130 million records.

And yet despite all this success in music, he wanted to try his hand at acting. There was more he wanted to do with his life, and acting was it. So he decided to take his career underwater, in the 2000 movie about stealing a decoding device from a German submarine in World War 2, titled U-571.

“Stick with Singing”
It was an odd choice for many to understand, and I’m sure he had several friends and family suggesting he should stick with singing. After all, he’s shown he excels in music, why change?

But this wasn’t what he wanted out of life. He was exhilarated by jumping, once again, into an area he was inexperienced, to grow and learn and improve as he had done in music many, many years before. It inspired him to write a song, as he highlighted in an interview. But it wasn’t any ordinary song; it was yet another billboard hit, bringing the band into the limelight once again.

It’s His Life
Bon Jovi loved acting, and, despite being a musician first, he found that acting made him feel a sense of wonder and exhilaration that was unavailable to him elsewhere. Despite any other demands on his life this was important to him.

So he wrote the song It’s My Life to explain this feeling:

To him, he just wanted to make the most out of life and enjoy what he could and create what he had the ability to create. After all, why not?

It’s My Life
I like this philosophy. After all we only have so much time on this earth, and we have two things we can do: create something new or use the things other people have created. I believe a life is best spent when we use as much of our time as possible to create instead of just using what others have created.

At this point in my life, outside of my day job, I have written three books, published nearly 1,000 blog posts (several hundred of which are still available here, here, and here), spoken at several universities and Fortunate 500 campuses, created several videos, written software that I’ve sold across the world, and more.

People often ask me how I do it. My answer is, it’s not that hard. First, you have to want to do it. What is more important to you: catching the most recent episode of NCIS or making your mark in the world? Do you want to be able to recite the lines in your favorite songs or write your own? The choice is yours.

It’s Your Life
The simple fact is that I make time to make my impact on the world. Anyone can do it. You simply have to apply yourself and do what it takes to make it happen.

It’s your life. What do you want to do with it?

Afterword
Here… let me get you started:

And if you want some help, feel free to contact me!