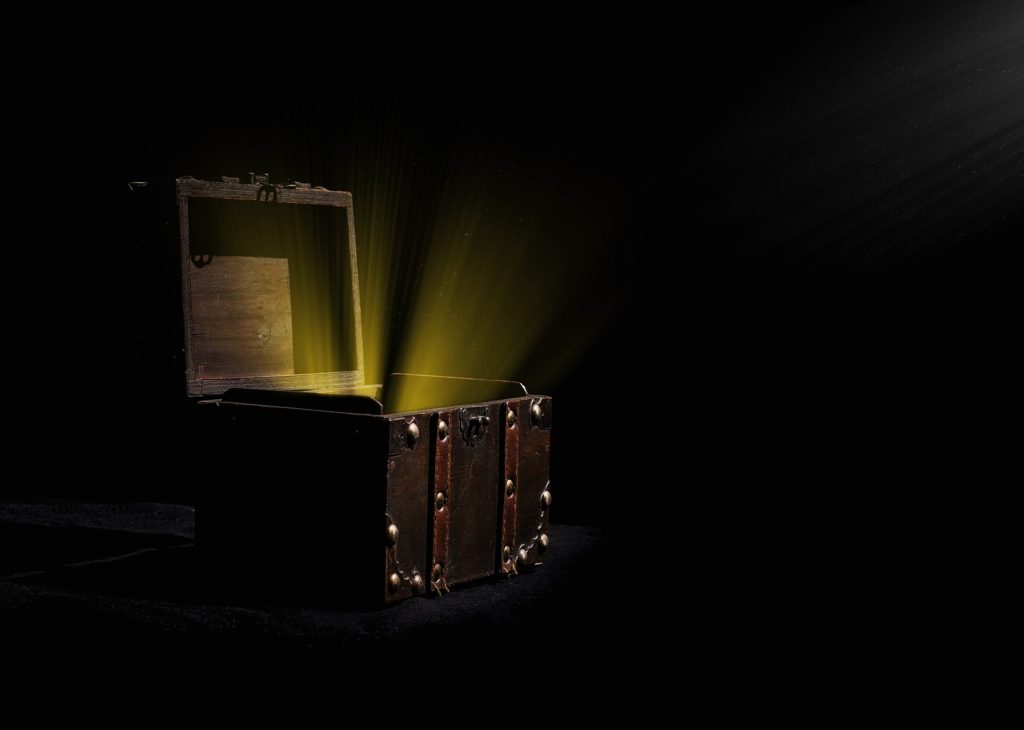 Thomas waved the metal detector over the ground. The thick overgrowth pulled at the cold, mechanical device with each pass.

The jungle heat and humidity was sweltering. His bruises ached and the cuts from various rough-barked trees and whistled plants throbbed. Still, he pressed on.

The Treasure
As the detector showed only annoyance and no signs of hope, he pressed on. He was sure he was doing it all wrong, but he wasn’t interested in giving up. He knew what was buried here, and he treasured it.

He remembered when he first discovered it, before he became enamored with other, less valuable things. He had often held it in his arms, and he thought about it constantly. How it sparkled. How it made him feel alive. How it thrilled him each time to once again take a look at it and be filled with joy.

The Distractions
But one day, something else caught his eye. It wasn’t more treasure; it was simply something else. Over time, Thomas became busy. More and more often he wouldn’t have the time to polish his treasure. The shine of the treasure had started to dim. The sparkle as the light caught it started to fade. And other things pulled his attention.

He had business he had to oversee, work he had to do, people he had to meet. He just didn’t have all that time for treasure. Sure, it made him feel good to enjoy the beauty in it, but who had the time to invest in it?

And so he went on along his day-to-day, focusing on other things, rarely giving time to his treasure.

He never noticed when it went missing.

The Memory
Then one day, he stumbled upon a small slip of paper. On it, in fancy script, was penned a location. It was the place he stumbled upon the treasure, completely by happenstance. He was simply talking to a woman named Sarah when he noticed the treasure she was carrying.

He was mesmerized, captivated, entranced. He had a billion things to do, but he could’t pull himself away. It was the most amazing thing he’d ever known, and he simply enjoyed how he felt around it.

She did too. They both enjoyed the feeling they had about the treasure. It seemed like they had so much in common. And so they married to become protectors of the treasure and enjoy all that it had to offer.

The Forgotten
But they had forgotten, and left the treasure alone. It sat in a corner, unattended and unnoticed, until they forgot where it was, and almost forgot that it even existed. It happened slowly over time; they just lost interest.

The Search
When Thomas looked at Sarah, he saw the treasure. His heart warmed his chest as he looked at her and smiled, remembering the first time he saw her and the treasure that she carried. His heart overflowed with happiness as he looked into her eyes and saw the young woman that brought him that treasure so many years ago.

And so he found himself, in the jungle, fighting the underbrush, on a quest to find what was most precious to him. He took out his machete as he slashed his way through the overgrowth. On his way, he came face to face with the very person who helped him discover his treasure in the first place: Sarah.

The Fight
There they stood: face to face. Thomas, ready to do anything to reclaim the treasure, and Sarah, doing everything she could to keep him from it, the years of neglecting it and letting it fade away too much for her to revisit.

She stood firm, angry, unready to yield, machete in hand. He stood calm, smiling, and content. He had let the treasure go before, but now it was different; he knew it’s value. He wasn’t about to let it go.

He took a step toward her, cutting the distance by half. She grasped the machete tightly and narrowed her eyes. Then he smiled a wide, broad smile, full of everything that she had ever wanted.

With weapons cast aside, their love for each other growing stronger than ever, they uncovered the treasure, right between them.