Moving Forward When You Can’t See the Road 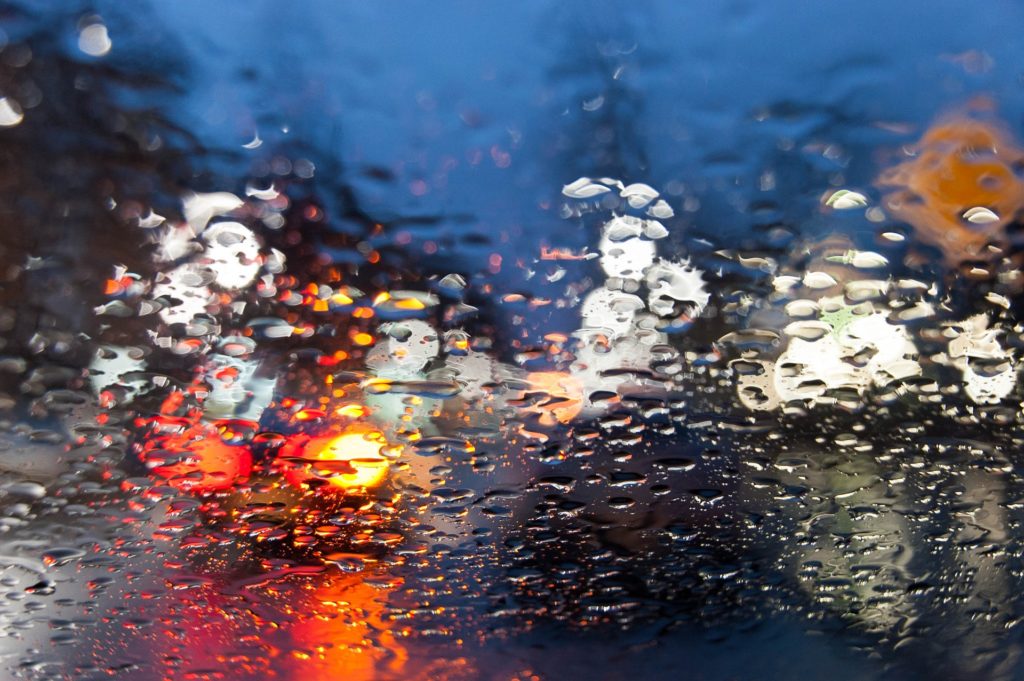 My first year of college on the East Coast was nearly my last. I found myself stuck in a near-tropic level of waterfall that made highway travel dangerous. And after seeing cars on the shoulder rammed by blinded drivers, I knew my safest choice was to barrel through it. Did I survive? You will have to read on to find out.

A Fun Trip with a Friend
I had spent two years in Christian College in Fresno, California and then transferred to a sister school in Cleveland, Tennessee. At one point my friend Eddie and I took a trip to Little Rock. My goal was to see my girlfriend. He was along for the ride.

We had a great trip and eventually it was time to head home. We packed up my red, four-door Chevy, I kissed my girl goodbye, and we hit the road. Little did we know that it would be the last time we ever did… unless, of course, it wasn’t.

A Deluge of Blue
As we hit the highway we made our way to Memphis and, eventually, to the smaller town of Cleveland, Tennessee. Along the way the rain started to fall. Then it started to pour. Then it was like Paul Bunyan’s dog just jumped out of a lake and was drying off. The amount of rainfall was enormous!

No Safe Option
So, being Christian College students the first step for us was to pray, a task my friend took over while I drove. My friend was a charismatic prayer and had a flair for this; I felt he was about to start a revival in the car.

The next step was to determine how best to proceed. Do we go fast? Do we go slow? I decided the speed that everyone else was going was the right speed to go. Occasionally we would get passed and the windshield would be drenched with several seconds of blindness. My heart was pounding.

Did I Make It? Tune in Next Week
It was a long trip. It seemed to take an eternity. It seemed like we were both going too fast for the weather and too slow to get out of it. But eventually, it came to an end. And I, the ghost of the late David Bishop can now asdfkljhaklsdygfoiu;anvies asvloihasegfino;hasg asdfg.

Dang it! When did the kids learn my password?

Anyway, Eddie and I made it out and were able to breath a sigh of relief. It was scary. It was nerve-racking, and it seemed to last forever. But we made it to the other side. We made it unscathed and with a great story to tell friends and family.

Don’t Pull Over
Sometimes you don’t know exactly where you’re going. Sometimes the road seems foggy or gloomy or impossible to see. Sometimes all you can do is point the car in the right direction and then just drive. Even if it’s slow, even if people pass you by and throw shade at you, you have to keep driving.

We like to know where we are going. We like to see the road in front of us. But sometimes we just have to keep plugging away when we can’t see the road, because stopping and waiting for life to give us a reason to move forward can often be more dangerous that just moving forward.

As the saying goes, “if you find yourself in hell, keep going.” When you’re moving forward you have no choice but to end up somewhere different than where you are. Simply point yourself in the right direction, give it gas, and change your life for the better.