My Plan to Lose Weight Over the Holidays 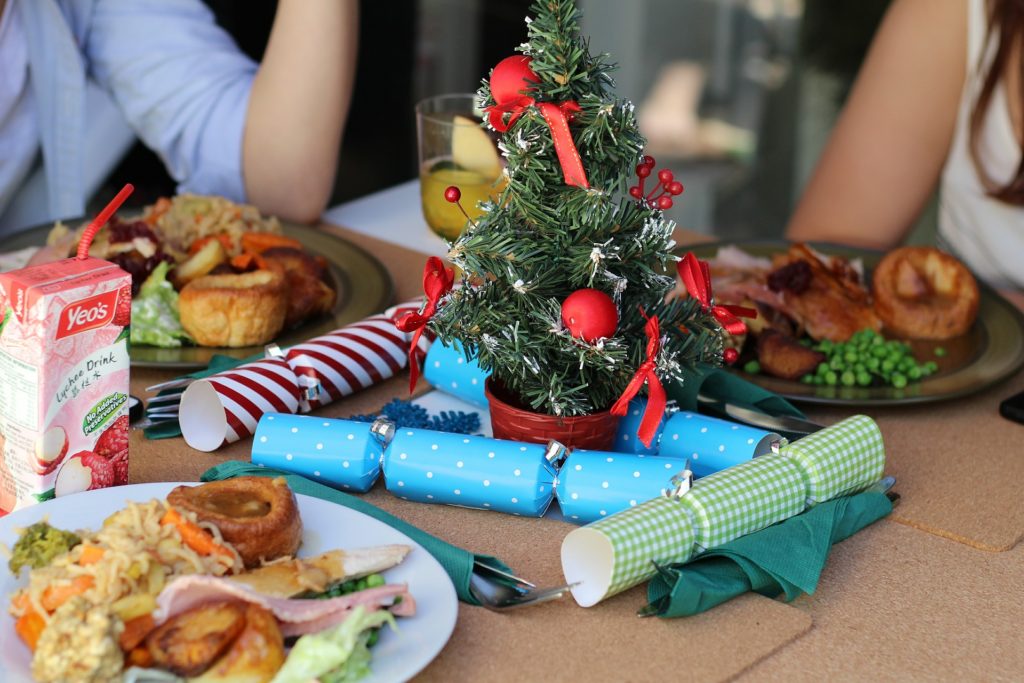 Over the last couple weeks I’ve noticed my weight creeping up so I’ve come up with a plan to lose weight over the holidays. The beauty is that it’s based in psychology and on human behavior.

And it’s easy to do.

Now Weight a Minute
Like most people I struggle with my weight. Although I changed my life, lost 50 pounds, and have kept most of it off, my weight still fluctuates and is not at my goal.

I’ve made a lot of changes in my life to be healthier as well. I’ve moved to a plant-based diet. I exercise every day. I’ve even given up alcohol.

(Side note: There’s a good reason I gave up alcohol. You know that guy who throws on a lampshade and jumps on the furniture? That’s not me. But you know that guy who gets mean and belligerent? Yeah, that’s not me either. I’m the guy who says “I’ll just have one… wow! That tastes awesome! Give me twenty more.” And that’s why I gave up alcohol, because it’s kind of hard to lose weight when you drink a ton of calories whose purpose is to remove your self control.)

But even with all these changes it’s still challenging to keep the weight off. So I’ve taken a new approach to make it happen. I drafted a plan to lose weight over the holidays, and it all involves a mental trick called friction.

I Amassed an Idea
The challenge with having food in the house is it’s easy to eat. When food is close to us, we are more likely to eat it.

An experiment at the Cornell Food and Brand Lab shows just how true this is. In this experiment, researchers gave office admins containers of Hershey’s kisses to put on their desk. One group had them right beside them and another had them six feet away. The admins that had them right beside them ate 48% more than the other admins. It seems just having the candy nearby had a huge impact on how much was eaten.

So how do we combat this effect? With the same thing that made it easier to avoid temptation in the study: friction.

Whoa, Man; This Is Heavy
The reason the admins with the closest treats ate more is because there was very little friction: the candies were easily accessible. The more friction that was introduced – meaning the more difficult it was – the less they ate. The research shows us that we can use friction to our advantage.

Friction is probably the most underrated tool for success. Is there something you want to do, but struggle to do? Reduce or remove the friction. If you want to become healthy but struggle to start running 30 minutes each day, start by running in place for 1 minute each day and build the habit. Trust me, it works.

Likewise if there is something you don’t want to do, like smoking or eating unhealthy food, increase the friction. Just like moving the bowl of candy, making it more challenging to do something is one of the best ways to do it less or not at all.

Realizing that helped me hatch a plan.

One of the most challenging things about eating well is that it’s next to impossible to eat perfectly. We like treats and if we never have anything but healthy food, we often get frustrated or cranky or so bent out of shape that we say screw it and start devouring everything in the fridge.

A better approach is to let yourself eat whatever you want – just add a little friction, or a lot of friction if the treat is big enough. How: by adding a price to your treats.

I have a healthy breakfast, healthy lunch, and healthy dinner. If I want to have anything else, I have to pay for it. I can add three small squares of chocolate to any meal by going up and down the stairs twice. If I’ve already had 3 with my meal, the next 3 squares require 3 trips up and down the stairs.

I can have a snack of popcorn with guac for 2 sets of stairs in the morning, afternoon, or evening. If I want an extra bowl, its 3 sets. (BTW, Skinny Pop is a fantastic snack and very low in calories).

A bowl of ice cream: 15 sets. A non-alcoholic beer: 10 sets. How many sets isn’t important. What is important is that I adjust to make sure I add the right amount of friction so that I can have what I want but not enough so that it adversely affects my health.

Way to Go, Slim!
The biggest trick to losing weight is the same trick to accomplishing anything else: keep trying. The only thing that separates most successful people from most unsuccessful people will continue to get up no matter how many times they have fallen down.

If you stick to it, keep improving, keep trying, you will find the thing that works for you. This may be it. It may be something else. If you want to succeed at it, then keep trying, keep tweaking the things that aren’t working, and keep moving forward.

Focus on your health over your weight. Focus on eating well over eating less. Focus on becoming a better version of yourself – always. That’s how you find success.