Passion: For When You Want to Play Video Games All Day 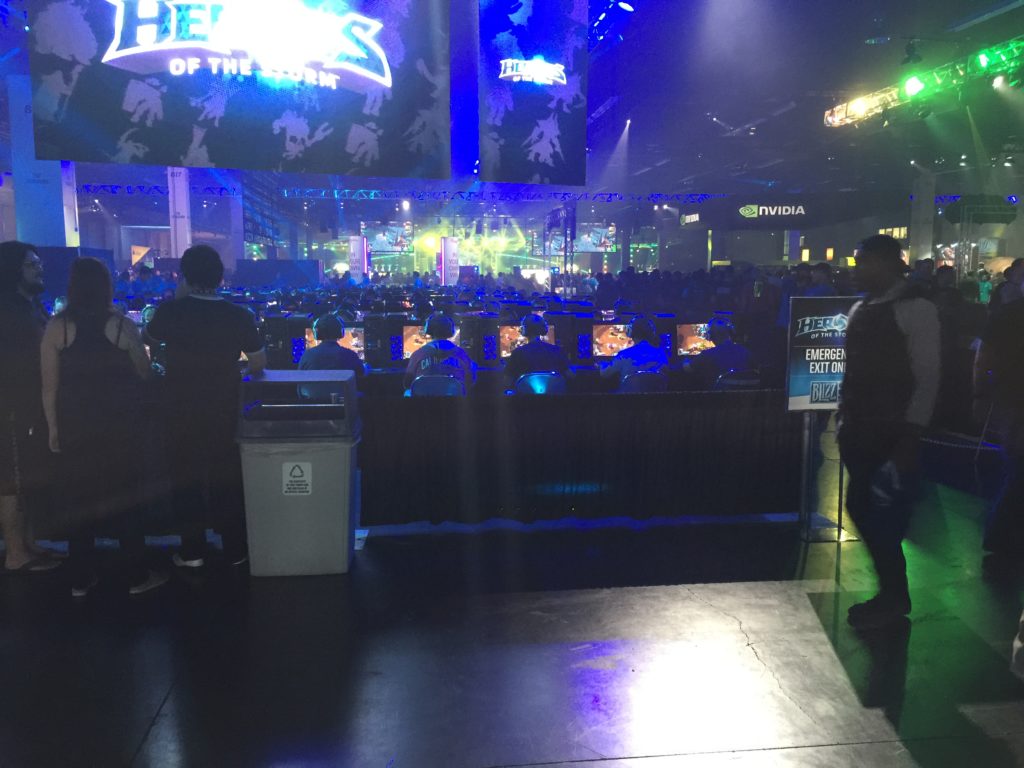 In the last post on passion, we talked about how passion isn’t just an excuse to play video games. Yet some are passionate about video games and make a profitable and productive career out of it. How they do it is one of the most important parts of passion.

Misunderstood Passion
As I said in the last post some people think following your passion allows you to be lazy and play video games all day. But passion is much, much different. Passion is the thing that drives people to do crazy things, difficult things, and unpleasant things.

If you are truly passionate about video games, you don’t just play video games all day. You spend hours watching videos of the pros to learn their moves. You put together spreadsheets to find the ultimate combination of moves. You memorize specific strategies much like a chess master would do, so that you know which tactic you will employ in any given situation. You learn every character’s strengths and weakness, even if there are dozens of them, just so you know the exact right strategy to employ. It’s not, as they say, all fun and games.

Passion is not a fantasy dream; it’s an all consuming fire that can’t be quenched, and when things get dark and bleak it may very well be the only thing that keeps you moving on through the barren stretches of emptiness. Passion is not only something you want to have in order to be successful, it is the price of admission; you don’t run through hours of spreadsheets on game tactics without it. People that tell you not to follow your passion are apparently misguided on what passion truly is, but, more importantly, they are dead wrong.

Standing Out
It reminds me of an article I read about football great Deion Sanders. It shows that passion wasn’t enough – he needed hard work sure, but he needed something beyond what his teammates were putting in. That passion was the necessary fuel to put in the hard work even after long, grueling days. He put in the extra time even while traveling when his teammates might have played video games and slept. ESPN Staff Writer Jean-Jacques Taylor highlights this:

Long before iPads and laptop computers became the norm, Deion used to take a personal DVD player — a new technological advancement at the time — on flights with him.

… Deion would sit in his seat, staring at the screen and rewinding the video every couple of seconds. Back and forth. Again and again. Ten times. Twenty times. Sometimes more.
He’d study the player’s splits and footwork and hand movements until his quest to find a clue that unlocked the receiver’s route ended. Then he’d move on to the next play and repeat the process.

“He’d just sit there and watch the receiver’s first two steps on every play for the entire flight,” said former Cowboys safety Darren Woodson. “No one saw all of the time he put into preparing and studying to be great. It was like he was a boxer preparing for a fight. He knew everything about the dude across from him.”

Not only did Deion do all the hard work to be a strong football player. He went beyond that to be among the best. It wasn’t enough to do the daily grind and put his heart and soul in it. He went above and beyond to do all he could do to be truly great. That – is passion.

Passion: The Necessary Fuel
Passion gives you the reason to get out of bed and make something of yourself. Passion is that burning desire to make your mark on the world. Sometimes we only have a vague idea of what we enjoy doing. Other times we have a very clear picture of what drives us and how we can make the most impact. That is where passion ignites our deepest motivations.

Anyone can play a video game. People that put in the time can be great at video games. But there are millions of people that do. To stand out in video games or in any area where you are driven, you need to go way beyond what the crowd does to get that. And the fuel that gets us there is passion.