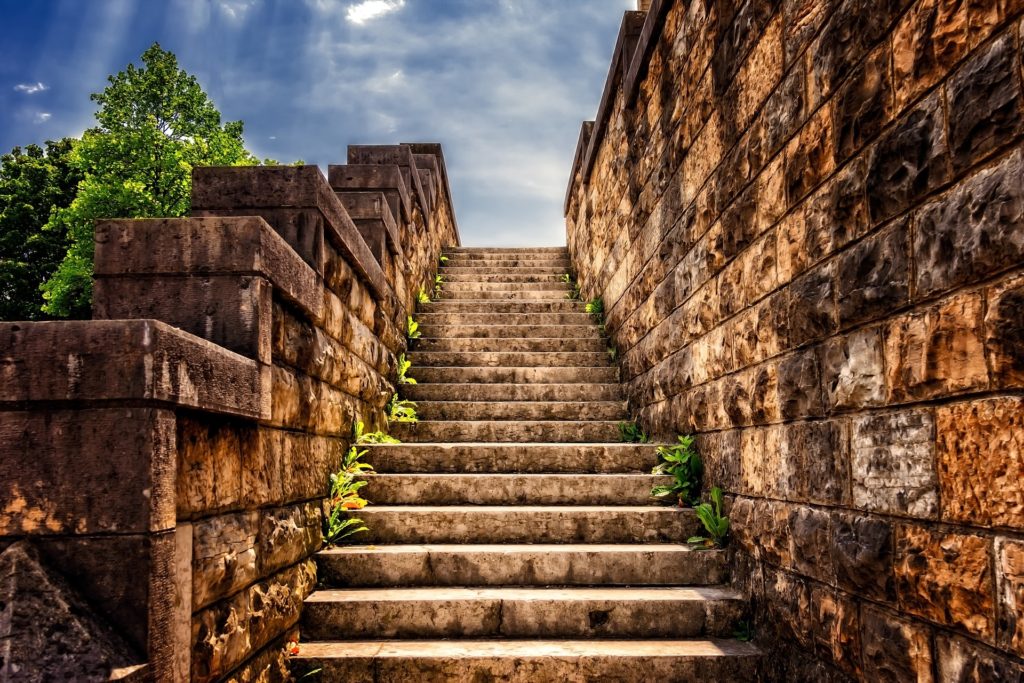 Although people don’t always realize it, there are simple steps to success. The challenge is in realizing they are there.

Gamer of Videos, Potato of Couches
At one point in my life I excelled. I could waste time like no one’s business.

The lawn needs to be mowed? Let me finish these 10 video game levels first. The taxes need to be done? There’s a martial arts marathon that I don’t want to miss. Or DVR. Or stay awake for.

I was overweight, unhealthy, and not too excited about doing extra work. I was quite skilled at remaining sedentary.

Big Steps and Disbelief
If you told me back then that today I was one chapter away from sending my fourth book to my editor, I wouldn’t have believed you. If you followed it up by saying I’d written a thousand blog posts, I would have told you I’m not a writer.

Whether it was my internationally selling software, my plant-based diet, my regular exercise or some other change I’ve made in my life I would have thought you were crazy.

Why? Because I would have expected that it would take huge, immediate changes in my life. I had no concept of simple steps to success, even though they are the key to success.

Amazon’s Bells
When Jeff Bezos first started Amazon, there was a bell attached to the ordering system. Every time a sale was made, the bell rang. It was a huge joy to hear it ring in those early days because it meant someone – anyone – was buying a product.

Eventually, the bell was removed because it became annoying. The constant ringing was less of a sign of success and more of a constant clattering. Imagine what it would sound like today if a bell rang every time Amazon made a sale.

Success isn’t made overnight. Sometimes there are big gaps between the ringing of the bell. But if we take simple steps to success, eventually, the bell will ring constantly.

Simple Steps to Success
The best way to move to success is to take small steps. Do it consistently everyday. Keep those streaks alive. It’s not about big changes. It’s about slowly building habits.

If you want to write every day, just do 5 minutes a day. Do that for 60 days. Then it becomes a habit. Don’t miss a day. It’s only 5 minutes, after all. Find a way to do it no matter what. If you have to do it on the bus or train or during lunch, do it. If you have to write with pen and paper or even on a napkin at a bar, do it. No matter what, do it every day.

Your Success
Take small steps, do them consistently every day. Then, when the time is right, make the steps a little bigger.

That’s all there is to it. Over time you will be amazed at all you can accomplish.

What’s the one thing you want to do better? Then start it today. What can you do today that’s simple to work on this goal? Do it. Do it today. Do it every day. Then when the time is right, make it a slightly bigger step.

Those are the simple steps to success.