So I Was Talking to a Brit about Underwear 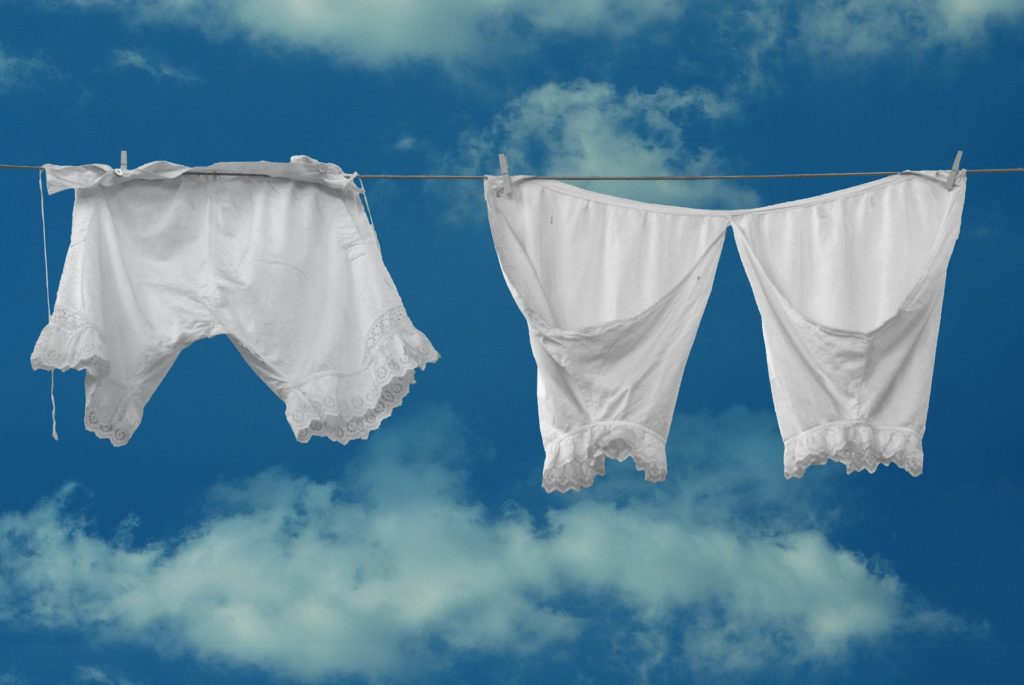 I had a great talk with a charming English woman on my recent flight from Detroit to Albany. Oddly, it was unexpectedly about underwear.

A Charming Companion
I boarded the plane on my way home from a fantastic video production stint in Chattanooga I had the opportunity to jump into. As I did, I saw that I was the aisle seat in a row that had yet to be filled. I sat down, putting my bag on the chair beside me, knowing one or two others would soon need to get by to their seat.

After a few minutes the window passenger arrived, and I let her in. The plane started to fill. I waited patiently. I wondered if I would be lucky enough to have an empty seat next to me or if I might have someone there who might make the flight seem a lot longer.

After a few minutes, a young woman in a big, thick coat stood nearly in front of me. “Excuse me. I believe that’s my seat,” she said with a smile in a charming British accent. After I moved, she meticulously placed a blanket and pillow on her seat, put her bag in the overhead bin and topped it with her coat. Then she picked up her blanket and pillow, took her seat, and placed them squarely on her lap.

An Enjoyable Journey
As we flew she talked passionately about her trip to America. She was so excited to see her sister in college and have fun discovering the American experience. On her phone she had a long list of stuff to take a chance on that she kept adding to as we discussed all America had to offer.

It was an enjoyable trip and her enthusiasm and wide-eyed wonder were charming and disarming. It was fun to talk to her about her experiences and her hopes and about what wonderful things she had in store to see. She soaked it all in, excited about what she would soon be enjoying.

Then we started to talk about her work. She asked me, if I could do anything, what I would do. So I begin to tell her about my work. Then I told her about my hopes of changing the world. I told her how I want to one day provide daycare and career education to those who don’t have the time or resources to land the jobs they want or need.

And that’s when I talked about Rosenthal’s bloomers.

Rosenthal’s Experiment
In 1964, Robert Rosenthal performed a research study in which he categorized students into two groups: those who scored highly on the “Harvard Test of Inflected Acquisition” and those who didn’t. He told the teachers which students were ready to bloom based on the test and suggested the teachers do whatever they could to foster their learning.

I told her all about the shocking surprise that I detailed the first time I talked about Rosenthal’s bloomers. I just couldn’t understand why she looked at me funny.

A Delayed Realization
It wasn’t until later that I realized that “bloomers” is a British term for a particular type of underwear. I had to wonder when I was highlighting how this experiment points to a powerful truth about us if she was even listening or if she was worried I was going to talk about a particular clandestine fashion item.

In the end, it doesn’t matter. Life is full of little chuckles and this is one of them. I can sit and stew about how that came across or just realize that eventually it made sense and it all came out in the wash. Life is best when we don’t take ourselves too seriously.

I just hope “it all came out in the wash” isn’t some obscure saying in some other dialect. If it is, please drop me a note. We could all use a little laughter.