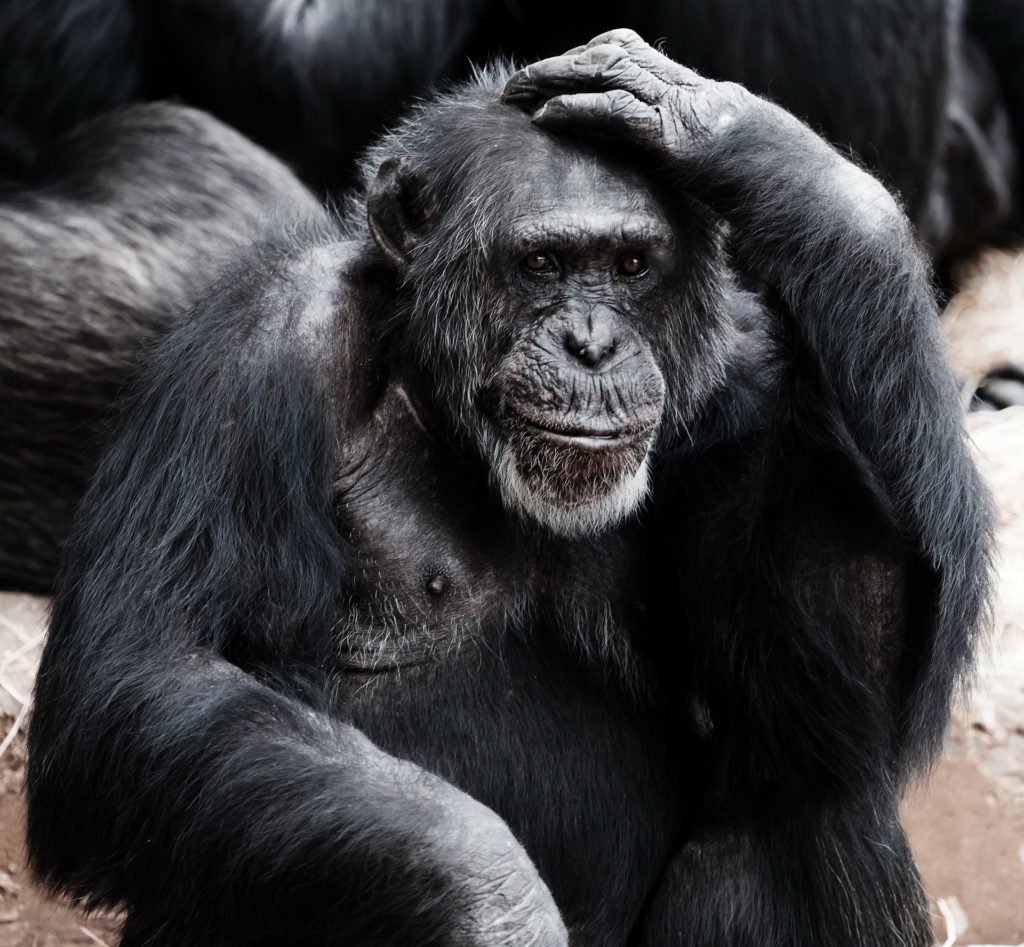 When we take risks that frighten us, even healthy ones, we sometimes treat them like a bunch of monkeys afraid to eat our bananas.

It’s against human nature… or I should say, it’s against that voice in our head that tells us “this is risky”. Because the truth is it’s very much in our nature. We do it all the time. We take risks.

We fly to places we’ve never been where we know no one and often don’t speak the language. We do things that are quite risky and downright dangerous, like sky diving, bungie jumping, hang gliding, and parasailing. We take chances by risking the safety of our existing circumstances for the hope of starting a new relationship, a new career, a new adventure, or a burning desire within us.

As much as we want to think it’s not like us, it’s who we are. As Mark Zuckerberg, co-founder of Facebook said, “The biggest risk is not taking any risk.”

What Am I so Afraid Of?
Sometimes life is scary. Like David Cassidy sang in I Think I Love You, we’re often scared, but we don’t know why. We know we want something. We know it’s risky. And we get scared.

Then we see people taking the risk. We see people strapping on the backpack or walking across the room. We see them pour money, time, and effort into something risky like a new career, their own business, or a hobby or dream they’ve had for some time.

We look at that and we get scared. We know what it would be like to be in their shoes. We know how it would feel for us, so instead of encouraging them, we start acting like a bunch of starving monkeys in a science experiment.

An Interesting Story
There is an urban legend about a science experiment involving some monkeys, a pole, some bananas, and a lot of water. In the legend, several monkeys were placed in an enclosure. In the middle of the enclosure was a pole with bananas at the top. Whenever one of the monkeys tried to climb the pole to reach the bananas, the researchers would spray the monkey until it stopped. This continued for some time until the monkeys no longer tried to get the bananas.

Then the researchers replaced a monkey with a monkey that had not been a part of the experiment. The monkey would at some point see the bananas and make their way toward them. The other monkeys, knowing the result, would pull at the monkey, keeping it from being sprayed. The monkey eventually gave up going after the bananas without the researchers needing to use any water.

Once that monkey was acclimated to the process, another monkey was switched out. This would continue until all the monkeys were replaced. At this point none of the monkeys in the enclosure tried for the bananas, and yet none of the monkeys in the enclosure had ever experienced the water or knew why they should avoid the bananas. They were simply keeping each other from taking risks because they were afraid of something, but they didn’t know what.

Encourage the Risk Takers
We often look at things that scare us and we’re afraid to jump in. We see the risks, and we just don’t think it’s worth it. Then we see others take a chance and we think we’ll save them from something – although we don’t know what – and so we try to “keep them grounded”.

Perhaps we may even feel a little concerned that they might succeed and we’ll have to face our own choices knowing we didn’t take the risk. Perhaps we don’t want to have to pick up the pieces if things go south. Perhaps we are just afraid of something, but we don’t know what.

But risk takers took to the oceans long ago. Risk takers invented the phone, the car, the airplane, the smart phone, and so much more. There was a lot of failure along the way, but risk takers are okay with failure; what they’re not okay with is not trying.

So encourage the risk takers in your life. Show them wisdom to plan well and make good choices, but let them try what they need to try. Let them discover what they need to discover. Help them succeed by simply letting them take the risk.

Monkeys may try to keep others from their bananas, but with wisdom and encouragement, we can give people the courage to try for theirs.