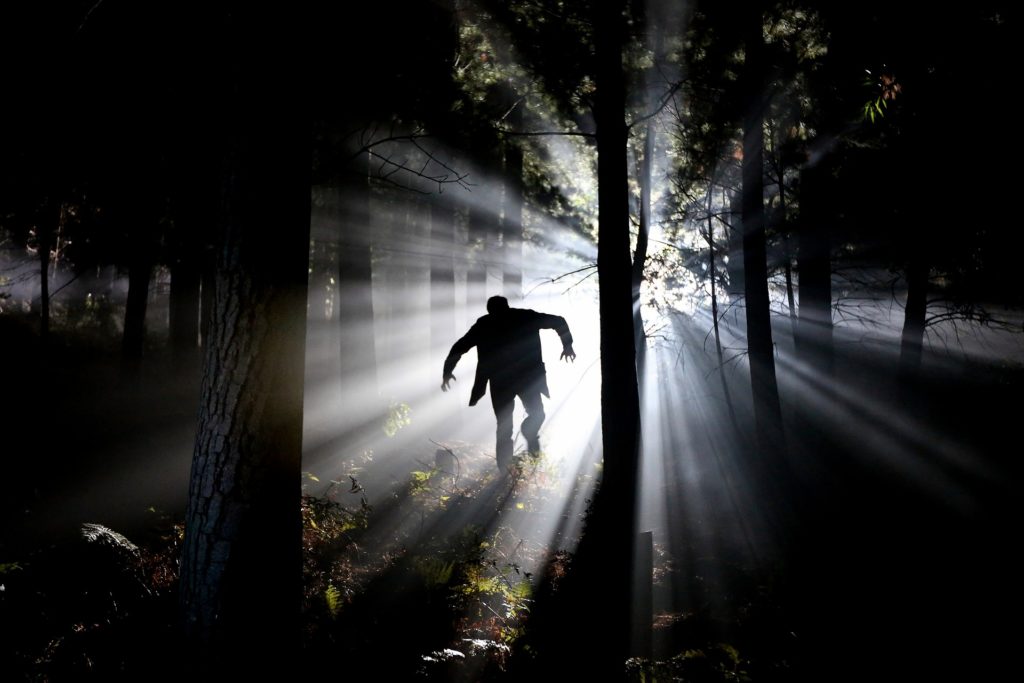 It wasn’t long ago that I confided in a friend about a relationship. It was something I had shared with few people because I had found that, despite good intentions, they simply could not understand the situation. It was like speaking Spanish… on Mars.

A Distorted Reality
This relationship ripped a hole in my life and changed the course of so many things that I did. It enveloped my life in a shroud that was overpoweringly negative. It was something I’ve only experienced once and for which I was woefully unprepared. I never would have understood the depths of the darkness had I not experienced it myself.

People said that Steve Jobs, co-founder of Apple, had a reality distortion field. It was as if he saw a different reality and he could make those he spoke with feel like they were in it. As time progressed he would often make reality bend to his distortion, developing amazing things in the process.

Some people have that same power, but with negativity. They feel they are always right and the world is out to get them. They can make you believe you are always in the wrong and there is no hope. I lived in that relationship.

Energy Vampires
And when I talked to this friend about that relationship, he understood completely. Unlike others who can’t fathom such a situation, he knew exactly how it was to live with someone who made you feel worthless and zapped every last bit of motivation from you.

At one point we were talking about motivation and how some days it just doesn’t come. It brought us both back to a time where we were in the reality distortion field of that person in our life. We talked about how it would completely drain us of all motivation. It was soul-crushing. It felt like someone was living off my energy and siphoning every last bit from me.

Luckily that relationship is long over, but the things I’ve learned stay with me. It’s amazing the insights you can gain from being in a bad place. The one thing I’ve learned is that our beliefs have a huge impact on our energy – on our motivation.

We Control Our Energy
To some degree we all live in our own personal bubble. We view the world from our perspective and see things our own way. We’ve all seen someone who looks at an insurmountable problem as a challenge that energizes them and someone else who sees a major blessing as a pain. We know that we have a very powerful ability to move ourselves in either a good or bad direction.

We have the ability to focus our thinking, self-talk, and actions in positive ways. We must do all we can to focus on possibility and hope.

That also means that we have to avoid people who drain us. We need to limit our interaction with them. We need to find ways to build an energy barrier to keep us fueled up with positivity even when we have to interact with people like that.

And we need to find people that really know how to motivate us, inspire us, and move us forward. We need to get that however it may come.

Sometimes We Need to Be Yelled At
We’ve all seen the movie. The team, drama club, or group of nerds is broken, beaten, dejected. They’ve given all they have and now they have nothing left. They’ve used all their energy and their reserves are running on fumes.

Then the hero steps up: the coach, the director, the king of the nerds. She or he gets in the face of the group and lets them know it’s not over; they can do it! They have the power! Whether it’s Kurt Russell in Miracle, Amy Pohler in Wet Hot American Summer, or Anthony Edwards in Revenge of the Nerds, the rallying cry works. The team stands up and becomes something great.

Sure much of that is fiction, but there’s reality in there. After all, when we hear the speech, we get charged up too. In fact Miracle is based on a real event.

What We Really Need
We just need someone to show us what we already know: we have the ability to make things happen. We need to be energized and excited about getting out there and making a difference. We need to believe that we can make a positive change in the world. We need the bright overpowering sun of inspiration to vanquish the energy vampires in our lives. We need to have the energy of hope.