Sunshine on a Cloudy Day 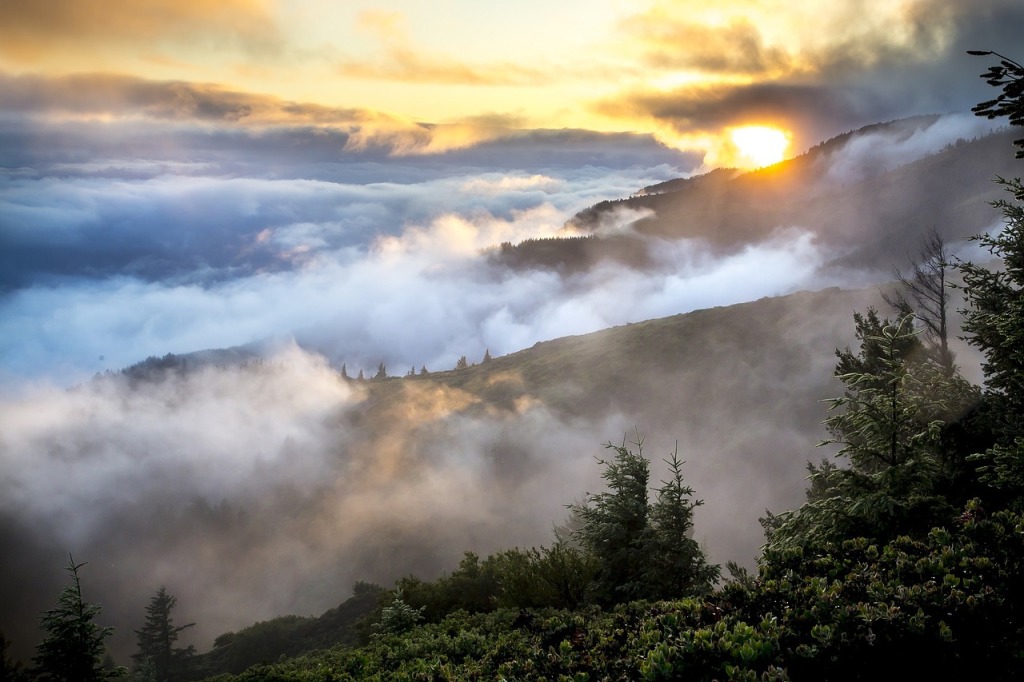 Have you ever felt like you were being dragged face-first through the mud? I had felt like that for a few weeks until something spectacular lifted my head up and I could breathe.

I’m Simply Clueless
I really didn’t know what was causing it. I had tried to use positive thinking, spent time out with friends, and even altered my diet. Nothing helped. I was simply staring down the barrel of a numb, bleak existence.

It seemed every day I woke up out of habit, completely devoid of hope or care. As I had said in a recent post I struggle with feeling worth anyone’s time or compassion. As much as I want to change the world, and know I can, the voices of past abuse still scream in my ear, not in a loud voice, but in a dull, low re-definition of who I am.

The Days Were Bleak
I had just traveled, spent some great time with my boys, spent time with my girlfriend and best friend, and done some work I’m very proud of that garnered some great feedback improving lives.

This post gets better; I promise. Stay with me.
To make matters worse, my trusty Apple MacBook had become my trusty MacBook brick. Something had happened to it to make it no longer work with my monitor. What’s more, when I tried to dual boot into Windows, it refused.

So after a positive, but lengthy call with AppleCare, I realized I needed to take my MacBook into the Apple store. It appeared through my research that there was a video issue plaguing my model of MacBook and my 4 year old machine, no longer covered under AppleCare, might be covered under this.

Having been down the road of technical issues before, I started documenting everything. I took screenshots of the error messages, saved log files, and videoed the offending problem in action. I also printed out the official Apple page that showed that machines like mine might experience this issue.

A Nerve-Wracking Trip
So, I made my trip to the Apple Store. I took a lunch break to travel down and have my computer checked out. I was ready with all my documentation to get this resolved, but I was also nervous: How could I truly prove that this problem I was having was due to this replacement program?

I talked with an Apple representative that connected me with Brian. Brian was courteous and helpful, and it helped my nerves somewhat when he knew the issue I was having and the model of my computer based on the symptoms. But that’s when he ran the test.

A Small Change
He hooked my computer up to the Apple network and proceeded to run a test. I nervously chatted with him and told him about my video and photos and more. He listened through his intent determination to verify the status of my computer.

Then, the happiest computer failure of my life occurred. 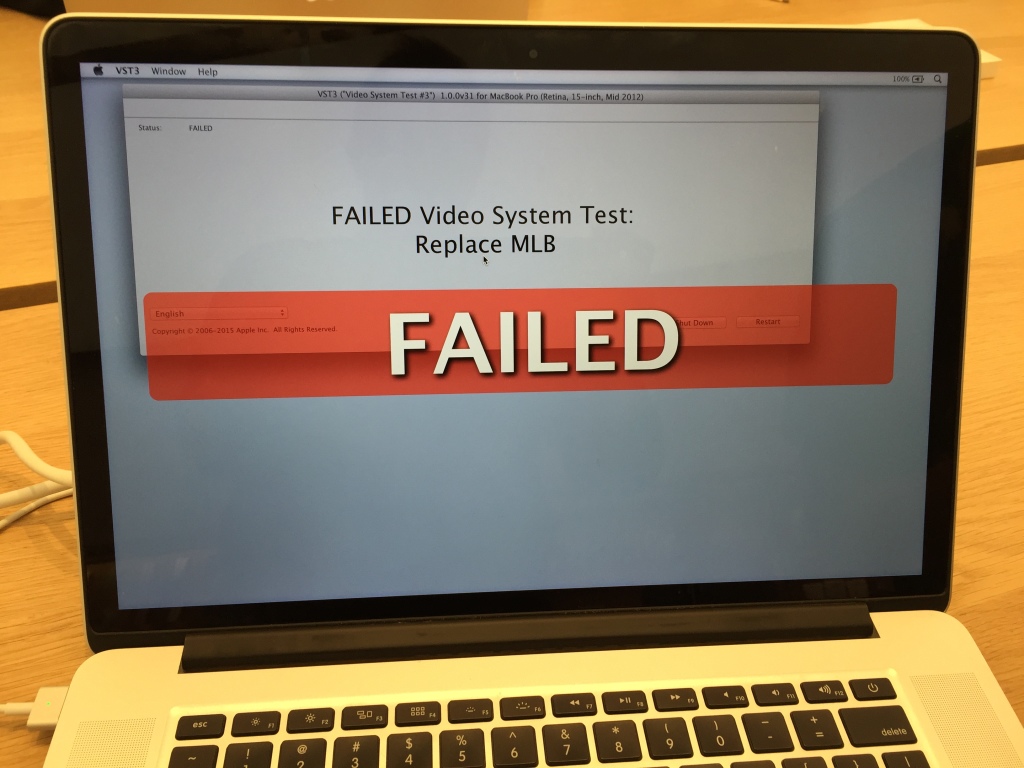 It’s not often that you see a big, bold sign of failure and feel relief. But this was that moment. At that moment, I knew that all the worry about having to prove that my computer was covered under this replacement plan was misplaced. With one simple test, Brian knew that my video card was broken, and it needed a free replacement.

At that point Brian said that they would fix it. It was a huge moment of relief. Then he looked at my screen and said, “this laminate seems to be pulling apart. We need to fix that too.”

“Wow!” I thought, “what service.” But then reality set in.

A Short Lived Relief
The next sentence made my heart sink. “We will need to send this off. It will take 3-5 business days to repair.” Yikes! I started to panic wondering how I would get my work done including my writing.

Then it became worse. I was scheduled to be out of town almost exactly as the computer would be back. I seemed I wouldn’t see my computer for about 10 days! I not only relied on my computer daily for numerous tasks, but I used it for writing and connecting with my boys. How would I get anything done in that week and a half?

A Change of Plans
As I relayed my concern to Brian he excused himself to check on something. I sat looking at my phone, peering around the store, and texting my girlfriend about the issue, wondering what I was going to do for 10 days without my computer.

A few minutes later Brian reemerged. He was looking at his iPad where he had been collecting information for my order. Then he said something that changed everything. “I looked in the back and we have the parts in the store. I can fix it here.” I wasn’t sure what this meant so I kept listening. “It’s been busy here, but if we do it here, I can make sure we get it done before you go on your trip. It may take until Thursday to get to it, but I will stay late if I have to so you can have it Friday.”

An Ally
As I write this, I know my computer is fixed. It’s Thursday morning, and I received a call just before closing last night that the work was completed – a day earlier than promised. It’s a customer service story that just keeps getting better.

But the biggest, most important part to me, is that I found an ally. As I was struggling with this depression the last couple weeks, I was able to count on several allies – good friends and coworkers – to make it through the tough times.

I think the thing I really needed was someone that would stop the downward slide of life. Sometimes it seems that life will just keep throwing things at us. And sometimes it seems like it’s so much – job issues, family issues, kid issues, passion project issues, etc. With limited time and resources it’s tough to keep everything above water.

A Lesson for Business and Life
Sometimes we just need someone to show us that life can sometimes throw us a bone – that it’s not all difficulty and hard work. Whether you are in business or just trying to improve the world as we know it, the lesson here is simple: life is tough. There are bound to be patches where people struggle and feel downtrodden, forgotten, and beat down.