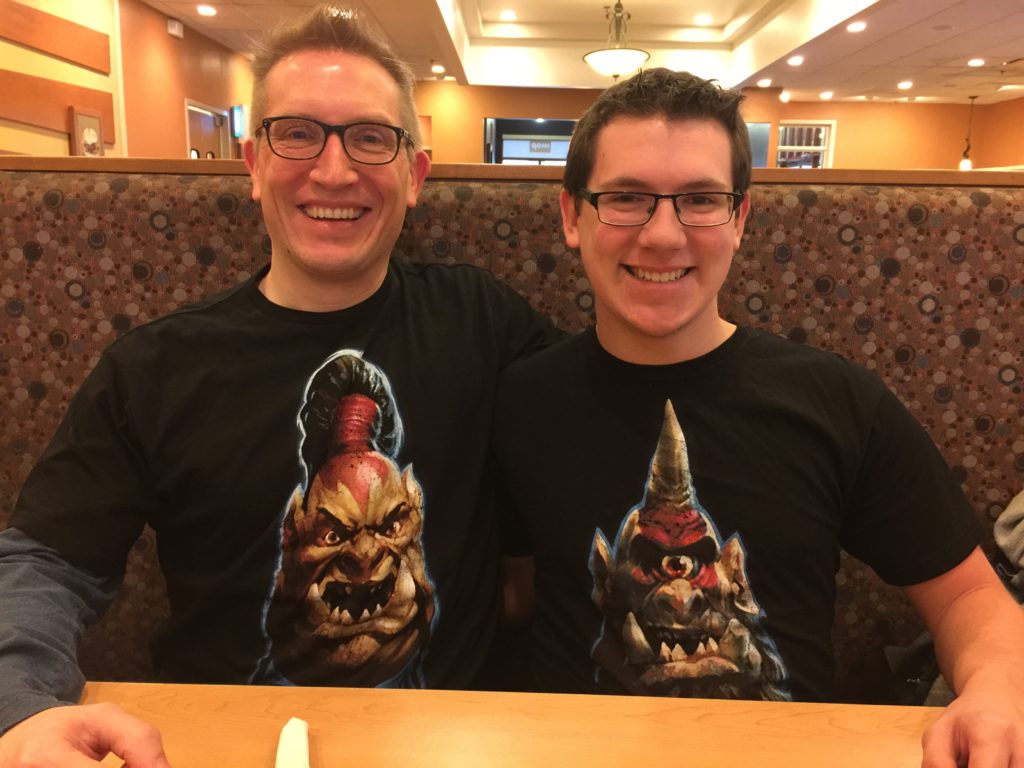 The other day Joseph and I wore a couple of hideous shirts out to breakfast and were thrilled to do it. They represented some of the best times we’ve spent together, and it’s all thanks to a two-headed ogre that taught us a little something about life.

Is that Two Heroes or One?
Joseph lives several states away from me. Each month I travel to see him or fly him up to see me. In between we find other ways to connect, mostly by playing games online.

One game we like to play is called Heroes of the Storm. You get to play one of over fifty characters each with special abilities. You have two teams of five people each. Joseph and I are always on the same team, but sometimes we’re even the same person! 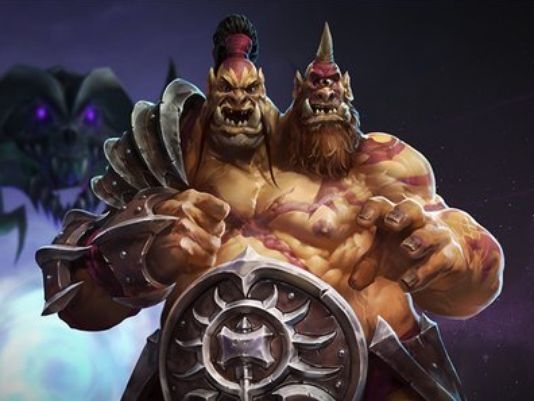 Twice the Crazy
One of the characters, Cho’gall has a very unique characteristic. He’s a two-headed ogre. Unlike any of the other characters, it takes two people to play him. The person who plays Cho moves him around and fires off some special abilities. Gall on the other hand simply has to go where Cho decides. He has abilities too, and can occasionally nudge Cho and speed him up, but he is simply stuck going where Cho leads.

Joseph and I have a blast playing him. It’s probably the character we enjoy playing the most. We run out into battle, and because we have the health of two people and we work so closely together, we can often run into a group of three and defeat them. If things get tough, Joseph can nudge us out of the way or speed us up, and I can hightail us out of there.

That isn’t what matters most though. What matters is that Joseph and I laugh and shout and do our victory cries. Our victories with Cho’gall seem so much bigger and badder than those with other characters.

We get so wrapped up in how strong we are as a team that we get emboldened and run into battle when the odds are against us. We jump into danger or blast our way into a group of three, four, or five enemies and laugh all the way. It’s the reason that when Cristi plays with us she always stays far far away. Despite that, we almost always make it out alive and have a fun time regardless.

And there are many times that’s more true than not. Sometimes I have to drive and Joseph has to go where I say. Or Joseph might have a band concert and my plans will be put on hold to go see him perform. Or we might have to figure out which song to play, and someone gets to choose. 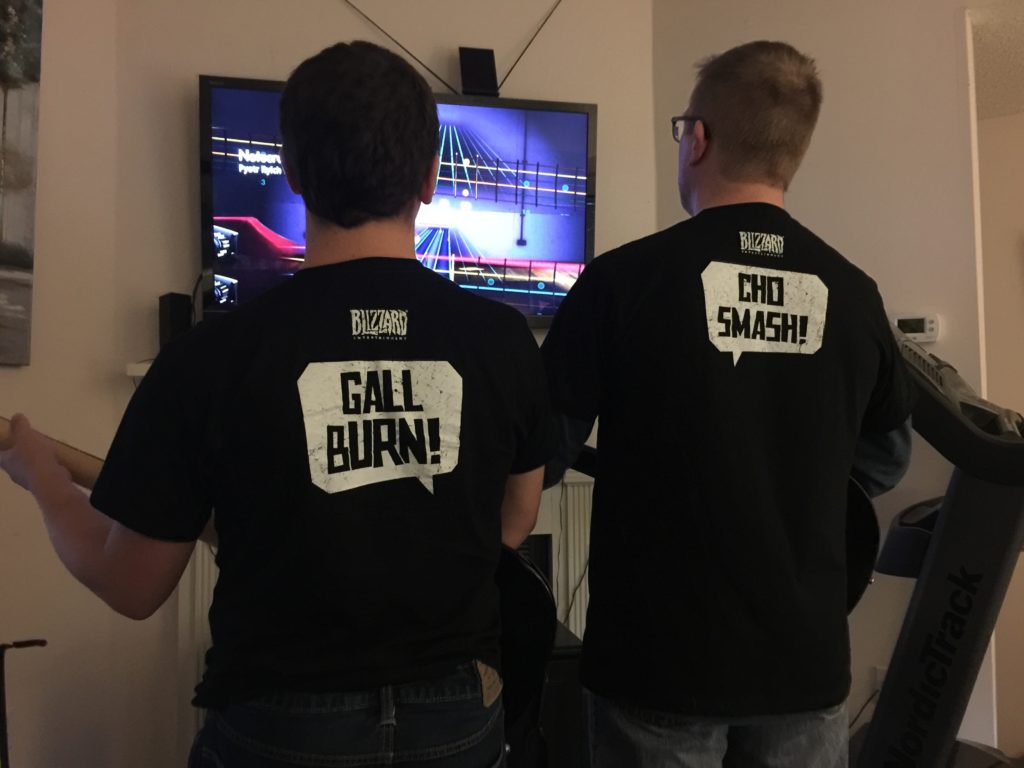 Double the Fun
Sometimes life makes you feel like you’re a two-headed ogre with someone close to you. You have to coordinate who uses the car when, what the shower schedule is, when people are invited over and more.

It can be difficult to let someone else drive or get that giant nudge when someone else wants to go in the opposite direction. But when you have a relationship with someone else, you sometimes have to give up the “I” to focus on the “we”. Sometimes life requires coordination.

If you laugh together and have fun together and roll with the punches together, you will find that you can take on more than you ever could have alone.