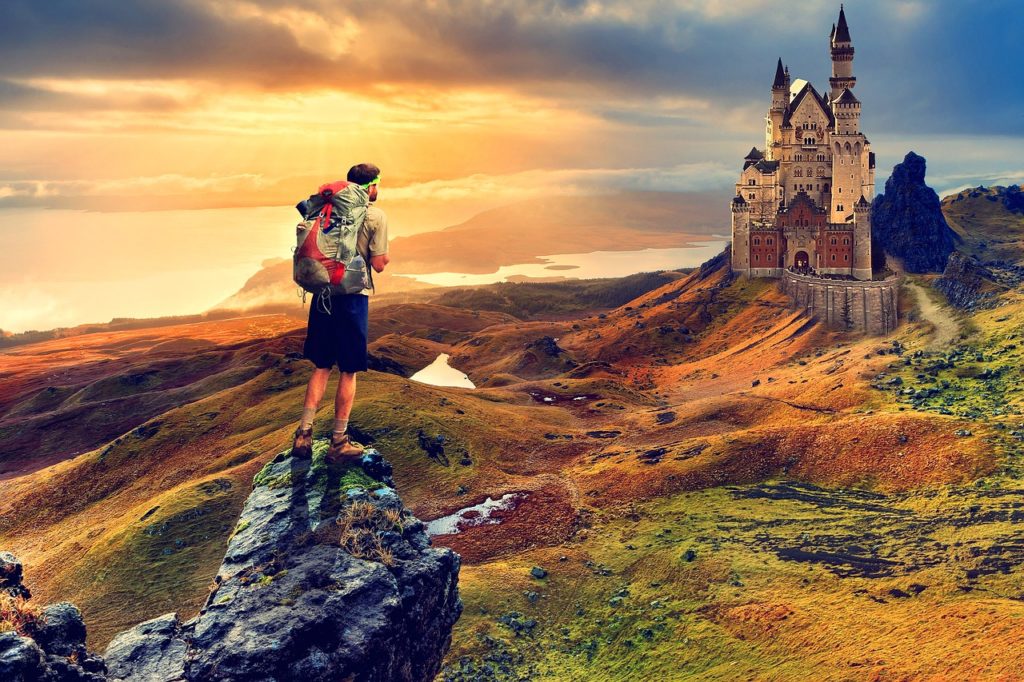 Some people think seeing their dreams become a reality is out of their reach. I think they’re looking at it all wrong, and there are a couple of reasons I think you should never stop trying.

But those examples stick out because they are not the norm. If they were ordinary, they wouldn’t stick out. We don’t remember the thousands of plays our favorite football team made that gave them most of the points they scored in a season. We remember the Hail Mary pass in the last few seconds of the playoffs that turned defeat into victory. Or we remember the last play attempt in the Super Bowl that landed just short of the end zone as the timer ran out. Those are the events that are rare, so they are the things we remember.

Pursuing Your Dreams
But the majority of people who follow their dreams do well. They make a living doing what they love. They help people, providing valuable services and products that people need. They provide people with good jobs. They help their local communities. They aren’t gods or fools: they are simply people we don’t think about because we are too focused on the people that make headlines… in one way or another.

We like to think pursuing our dreams is easy. We like to think the “gods” got there because of talent or money. Most of the time, they got there because they never gave up. It took six years for Amazon to make a profit. Steve Jobs was kicked out of Apple and was burning through his financial reserves before being asked back and turning the company from bankruptcy to the most valuable company in the world.

It’s not about luck or talent or money. Those are factors that have an impact, yes, but they are also factors that one can change. It’s about persistence and wanting something so badly, that you don’t give up. Why should you pursue something so completely? There are two good reasons.

As the saying goes, fortune favors the bold. Although there are no guarantees that you will succeed, it’s hard to succeed when you don’t try. To a large degree, the people that succeed simply have to outlast the people that give up.

#2 – The Rewards
As someone who started down this path several years ago, expecting to succeed immediately and who is just now seeing everything unfold, I have learned a valuable lesson; given the choice between doing nothing and trying and failing, it’s much more rewarding to try.

Life is short. We think after a hard day of work we just want to sit on the couch, watch some TV, take it easy, and go to bed. I know. I’ve been there.

But day after day, week after week, month after month, year after year, you can just feel your life slipping away. It seems so pointless and unfulfilling.

However, spending your time in pursuit of something that ignites your soul and engages your mind is exhilarating and enchanting. It’s more than a dream for the future, its a better way to live today.

Be a Dreamer
We often think that we should pursue our dreams so we can get rich and have everything we ever wanted. We like to think that our goal is to have it all.

So get out there and make a difference. Get out there and change your world. If you feel you can never do it, I would I challenge that view. More importantly, I would say “So what!?” Is The Desperate Housewives of Siberia so important that you wouldn’t even try? Why not just spend your life chasing a dream? Who knows, you just might catch it.