The Best Thing My Dad Ever Showed Me 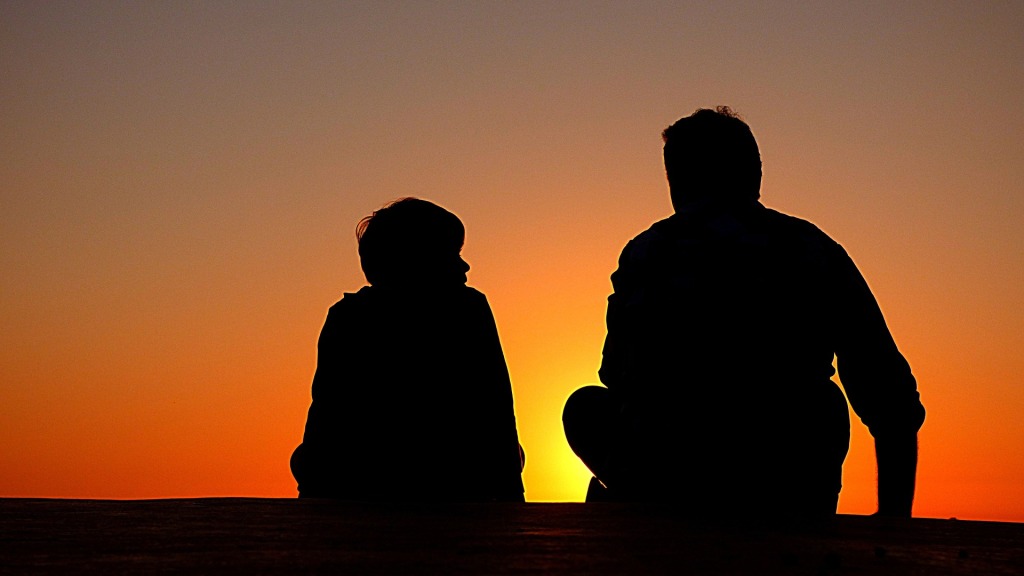 Remembering a Good Man
Four years ago this March, I sat on a stage looking out at hundreds if not a thousand people. I was in Westmore Church of God in Cleveland Tennessee looking out over a hushed crowd. Behind me on the screen sat a picture of one of my dad’s paintings, and in front of me, on the podium were my notes which I had prepared just hours before.

It was March 17th, 2012, four days after my father had passed away. My dad was a well-known pastor and great speaker. He had traveled to more countries than I could hope to name and had to limit his speaking to make sure he didn’t neglect his family and congregation. He was part of the council of 18 that made decisions for the entire denomination. He was highly-sought after and well-respected.

It’s not about the Delivery
But I don’t think it was his speaking style that interested people. He was a captivating speaker to be sure, but it was something more. I don’t believe it was his ability to lead either, although by all appearances he was an amazing leader, motivator, and coordinator.

It was his compassion. Every Sunday he would sit at the back of the church after service making sure he talked to everyone for as long as they needed to talk. He would visit the hospital often, ministering to those who were sick.

I remember how after he retired, he still took time every Sunday morning to greet people. He came to service early and spent time greeting and talking with people that probably never spoke with another person that week. He really cared about people.

A Busy Man
And here I sat, up on the stage, a normal man talking about a man with the heart of a giant. It was easy to find great things to say about my dad. I spoke about him as a Christian, as a pastor, as a family man, and as a lover of nature. But it was what I said about him as a father that still stands out to me today.

As great as my father was, he was not perfect. From what I understand from my mother, my grandfather was a good man, but he really didn’t spend time with his kids, all boys. My dad, by those accounts, was many times better than his father, which is, I think, a great measure for success. Still, my dad had a mission in life and that mission took a lot of his time. It’s something I well understood.

Yet, as I sat looking out at everyone I relayed a much different scenario. It was probably the most compelling thing I remember about my dad as his son. I talked about the time that I called him at work one day about something I’m sure was mundane. As I placed the call, Patty Blackman, his secretary answered. I asked if my dad was busy. It was a simple request. I didn’t think much about it.

A Simple Gesture
But as I sat on the other end of the line, I remember all of that melting away. After I asked if my dad was busy, Patty simply responded, “Dave, your dad told me that if you ever called, regardless of what he was doing, you were to go right through.”

I honestly can’t remember anything else about the conversation or why I even called. I simply remember how I felt: like I mattered – like I mattered more than anything else on earth. I know my dad was doing very important work that required him connecting with a lot of people, and that made it hard to have the time I would have liked. Yet with one simple request of his secretary, he showed me that I really mattered.

In his world-renowned best seller How to Win Friends and Influence People, Dale Carnegie said, “the deepest urge in human nature is ‘the desire to be important.’ My dad made a gesture that showed me that, to him, I was extremely important.

Like Father Like Son
As much as I admire my father for his work and for showing me my importance, I still work to spend more time with my boys. I try to show them in words and actions and with my time, that they mean the world to me. Sometimes it’s not easy.

Recently I was out to dinner with friends and it was time to call my oldest. It’s usually a quick call every day when he isn’t with me, but on that day he had a problem. He was struggling with the demands of one of his teachers.

I felt compelled to rush back to dinner to not leave my friends, but I knew this was more important. We spent close to an hour going over his problems, discussing how he felt about the situation, and thinking about ways to make him feel better about it. Sometimes life doesn’t work like you want it to, but that’s when you show the people closest to you how important they are.

A Simple Thought
It’s easy to do the easy thing. It’s not always easy to do the right thing. Positive and nurturing relationships are crucial to a healthy life. Be good to everyone, but be sure that you are putting the people that matter the most at the front of the line.