The Hero Who Saved My Family 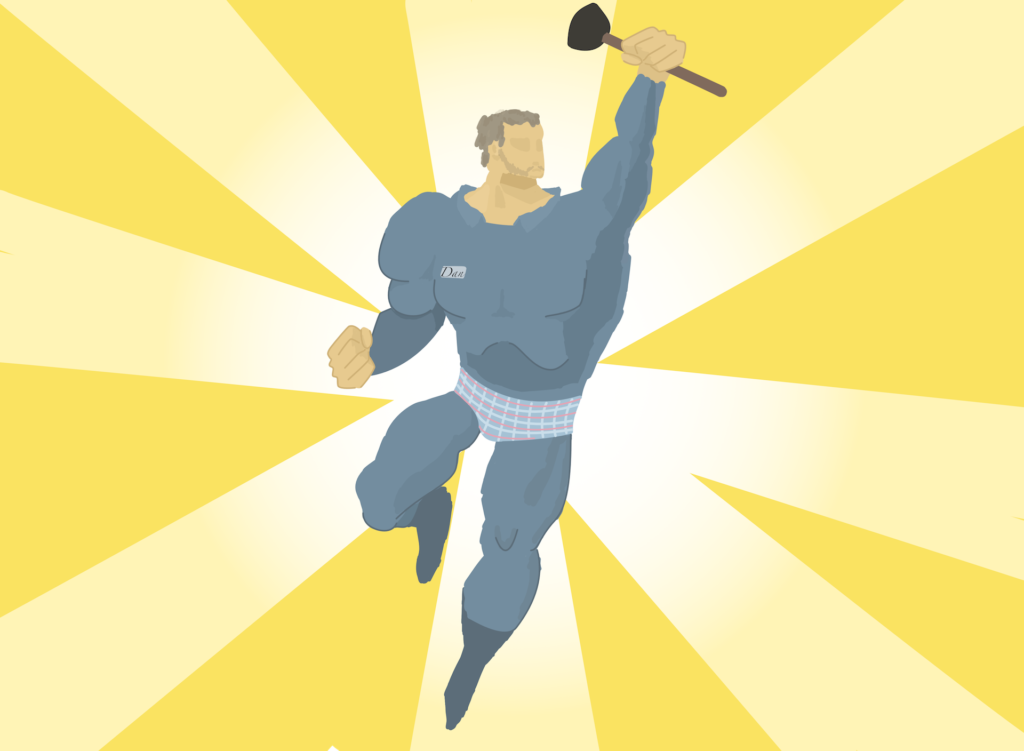 It wasn’t long ago I found myself up against a villain. Like many villains he had a plan. His plan was simple: he wanted to flood my home and drain my bank account. Luckily a hero came and saved the day.

Before you leave and think I’m making this up, I’m not. It’s all true. Keep reading to find out what really happened.

A Diabolical Plan
There I was – mild-mannered me (assuming the kids are behaving) – minding my own business when I noticed something that made me more than a little concerned. As I stumbled through my basement I was hit hard in the face… with a wide-eyed revelation. Someone or something was flooding my basement.

I tried to make sense of it all as I wondered what dastardly thing had befallen me. As I looked around and assessed the real problem, I realized that someone or something had stopped up my septic system. It seems fairly evident that someone – or possibly no one at all – was out to do me in. It was at that point I sent out the call for help.

A True Hero
When he finally arrived, he didn’t look like your average superhero. In fact, he seemed rough around the edges.

When I greeted him and asked him how his day was his first response was, “my day is going well, but yours is about to be terrible.” It’s at that time he revealed to me what he had found with his special vision. It appears there was something evil afoot. Apparently, not only had my basement been flooded, but the drainage system wasn’t working, and, he believed, this development was somehow tied to a plot to completely drain my bank account. The genius of the villain’s plan was matched only by his fiendishness.

But our hero went to work. He did some more digging. And what he found was that the entire system had not been compromised – just one part. What’s more, because of this new found revelation, he was able to stop the plot to drain my bank account; the thousands this plan was after, stopped short after a mere fraction of that amount.

He’s Not Alone
The simple truth is that my family was living without running water. Short bursts worked, but dishwashers, washing machines, and showers of more than 3 minutes were out of the question. What’s more the fix appeared as though it was going to cost all of my emergency fund and more. The outlook was not bright.

I’m sure Victor, our hero, just feels like a guy doing a job. But he wasn’t. He truly is a hero. He gave my family running water. He saved my basement from flooding. He saved my bank account, or at least did the work to find the true problem and offered a reasonable fix. It’s no small feat. It’s a huge deal to me and my family. He’s a hero. I wonder how many lives he saves from this disaster each month.

Life is full of circumstantial villains. Thankfully it’s full of heroes like you. Don’t brush it off. Own it. Put on your cape and make a difference in someone’s life.

Be the hero you were born to be.