The Intersection of Faith and Bad Choices 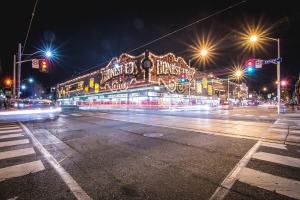 From Clunk to Cha-Ching
I had just dropped my son off with his grandpa. The car was silent as I recounted the fun night we had and a good morning. I drove down to the end of the street, purposefully avoiding turning on the stereo or any other distraction. Which is why it was so easy to hear the buzzing.

As I turned left and accelerated, the car gave a faint rattle. As I sped up, it disappeared. A few seconds later I came to another stop, and did it all again. There it was. A definite rattle. How much was this going to cost?

Bear in mind, a small rattle without any other signs or a check engine light may be nothing, but I live in New York. Every year I have to pay a licensed mechanic to tell me what’s not up to New York standards and pay to have it fixed.

For most people, this may not seem like a problem. I expect most newer cars pass just fine. But I like paying cash for my cars, and I don’t drive much. So the cars I buy typically don’t pass without a significant cash investment. I can almost see the dollar signs roll up in the mechanic’s eyes as he sees me drive up. Cha-Ching!

But each year as I get inspected, these “quality” cars that I’ve been sold require a fair amount of investment in order to simply be allowed on the road. It’s not so much that my frugality is ineffective – where it would be cheaper to get a more expensive car that will last than one that needs a extra few hundred dollars of work every year, but every year I know that I will have to pay the piper.

Which really makes me wonder: am I exercising faith or just making a bad decision?

Swiss Army Knives and Faith
We all need faith. We all need to believe that there is a solution to the problems in our lives. In the book How to Get Ideas author Jack Foster relays a story his friend used to tell about a Swiss Army Knife ad campaign.

I used to teach a three day seminar on advertising in Chicago. One of the assignments I gave each student was to create, overnight, an outdoor board for a Swiss Army Knife. Most of the students would come in the next morning with the required billboard, but several of them would say that they worked for hours and couldn’t come up with anything. This happened three years in a row. The fourth year I tried something different. Instead of asking for just one billboard, I asked each student to create at least ten billboards for a Swiss Army Knife. And instead of giving them all night, I told them they had to do it during their lunch hour. After lunch, everybody had at least ten ideas. Many had more. One student had 25. I came to realize that when faced with a problem, most people look for the one right solution because that’s the way they were brought up. All through school they had to answer multiple choice and true or false questions, questions that had only one right answer. And so they assumed that all questions and problems are like that. And when they can’t find a solution that looks perfect they give up. But most problems aren’t like exam questions in school. Most problems have many solutions. And as soon as I forced my students to realize that, they found those solutions.

When the students thought there was only one right answer and they couldn’t find it they gave up. When instead they thought there were many right answers, they had no problem coming up with a solution. The big difference was their belief in whether or not they could do it based on the problem they were presented with.

Without belief that we can solve a problem, we’re pretty much a lost cause. After all, solutions don’t typically fall in our lap, so if we want to find one, we have to do some work for it. But if we don’t believe we can solve it, why would we do the work? Faith, it seems, is a key ingredient in success.

Why Faith Is Important
I have had quite a bit of connection with the topic of faith. I’ve given a seminar on that topic, the videos of which can be seen on my site. I know first hand that faith is necessary to succeed; we need to believe that what we are doing will lead to success. It gives us the fuel we need to do the hard work and move on. That was the case with Florence Chadwick.

Florence Chadwick was no slouch at swimming. She was the first woman to swim the English Channel. She swam not only one direction, but both ways, and she wasn’t going to stop there.

On a foggy morning on July 4th, 1952, she stepped into the Pacific Ocean off Catalina Island on her way to the shore of the California mainland. She swam and swam. For fifteen hours she swam. Finally, physically and emotionally exhausted she asked to be pulled into an accompanying boat.

After swimming 25 miles, she settled in the boat. As she peaked through the fog she was able to see land not one mile away. At a news conference the next day she said, “… I think if I could have seen the shore, I would have made it.”

Belief that we are on the right path and that we are accomplishing something of value – not just treading water – can make all the difference in the world.

There are a lot of people that use faith as a credit card. They don’t put the effort in, but they want to make withdrawals. They make bad decisions and then believe in a better life. They eat junk food and pray for miraculous healing for their heart condition. They are deeply in debt and hope to win the lottery to fix it.

This brings to mind the saying “faith without works is dead”. You can’t expect to put no effort into success and simply believe things will work your way. You have to believe and do the work. They go hand in hand.

Learning My Lesson
But I often wonder with things like my car: am I simply making bad choices and hoping for the best? Or am I being responsible by buying a cheap car then saving my money for more important things? How do I know if I am truly being responsible or if I’m simply trying to buy faith on credit?

I guess that’s what makes faith, faith. We have to do some planning and soul searching: what’s important to me? what are my core values? what do I need to do in order to live up to those values? Then we have to apply those values to what we do. I believe in buying only what I need and putting my money toward more important things and investments. I need to stick to that.

But we also need to learn. If things don’t go our way we need to get smart about what went wrong and try again. I know in my case, I didn’t put much effort into finding a used car. I traveled 60 miles away, and didn’t bring a mechanic with me. The next time I get a car, I want to still apply my values, but maybe putting more time up front fits more with my values of avoiding waste.

I Don’t See a Larger Woman Singing
And if we do all that and still things don’t work out, we just have to remember that it’s not over. That doesn’t mean our faith didn’t pay off. It just means we need to pick up and keep trying. Florence Chadwick didn’t stop after failing to swim to the California coast. Two months later, she swam across that same expanse of water and made it to the other side.

We might not always make the best choices, but if we keep trying, honestly trying to become better and do better, faith will take us a long way toward success.