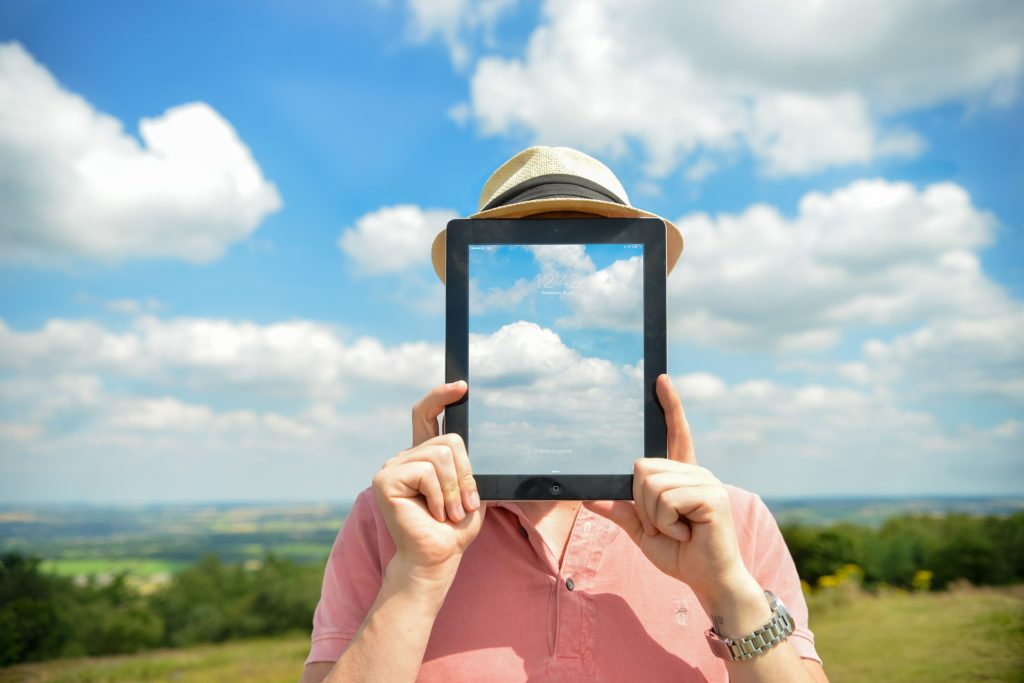 My son wants a new iPad. I’d rather give him an iPad Making Machine.

An iPad on the Way Out
My son Evan has an iPad he uses for most everything. It’s his connection to his friends, his family, and his world. When we’re apart we can FaceTime. When we’re together, we can watch funny videos. He uses it to talk, to share, to learn, and to have fun.

Unfortunately a couple weeks ago he accidentally dropped it on the pavement. It shattered. It’s not completely broken; it still works, but the screen is badly cracked. To make matters worse, it made the top part loose and the camera is now detached.

He’s a trooper. He’s making the most of it, but it doesn’t change the fact that it’s disappointing.

A Replacement
He would like a replacement. He would be completely fine with me buying him a new one. As much as I want him to have a good iPad for all the things he uses it for, I don’t see that being a positive move.

We just celebrated his birthday, and his mother and I gave him a iPhone because he’s the right age. It’s my previous phone, but he will have a phone. And with the large screen, it can do a lot of what his iPad can do.

But I’m guessing he would still like to have an iPad. I would rather give him an iPad Making Machine.

An iPad Making Machine
If I give him an iPad, I teach him that if something bad happens, it will be magically resolved. That’s a message that won’t help him and will lead him to some limiting expectations.

However, I have a better plan. He has been saving up for a special trip. He’s been working hard. He’s been doing all kinds of extra work and he’s been saving all his money. He’s been more determined and disciplined than I’ve ever seen him, more than he believes he truly is. This week he should meet his goal, but he doesn’t know it.

I want to show him that he’s an iPad Making Machine.

If I give Evan an iPad simply to replace one that he broke, all he learns is that breaking an iPad is of no consequence. He won’t learn to use a case or be more careful. He’ll simply learn that actions don’t have consequences.

If instead I show him how to earn an iPad, I’ve reinforced a large number of positive things:
Consequences exist, but they can be overcome.
Hard work pays off.
You have the ability to do great things.
It’s much better to earn something than be given it.
You don’t have to rely on others for everything; you have amazing ability within yourself.

There are a litany of things self-reliance teaches, and that’s why I don’t want to get Evan an iPad. I want to make him an iPad Making Machine, because if he learns to do this well and apply it to other areas of his life, he will be a Success Making Machine.

What about you? Is there something you are waiting for today? Why not make yourself your own dream making machine? You’d be amazed what you can do.