The One Reason We Hate 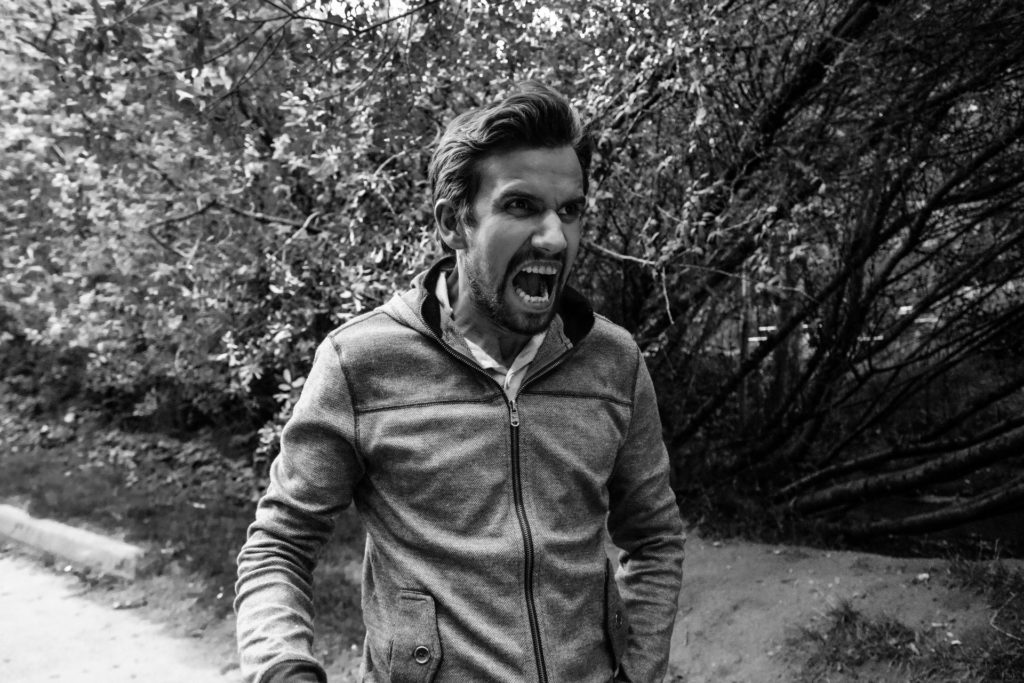 Did you know there is really just one reason we hate? Just one. And it’s not what you may expect.

A Death Wish
Imagine this: you’re traveling out of town and decide to stop into a local dive to see if the food is any good. As you sit there wondering if the darkened atmosphere is intentional or all the electricity the proprietors could afford, you eye some hulking figure in a dark corner just glaring at you menacingly. The muscles on his bare arms flex as he growls at you and beads of sweat roll down your forehead. At this point do you tell yourself: “that guy looks like he wants to kill me. I think I’ll go talk to him.”

That’s probably not the first thought in your head, but then again you aren’t blues musician Daryl Davis (if you are blues musician Daryl Davis, thanks for reading my blog! 😉 ) This is a situation he would get into time and time again. See, Daryl is a unique individual. He’s a black man who has done what possibly no other black man has done; he has persuaded hundreds of Klan members to leave the Klan.

It’s amazing the simple thing Daryl has done to change the minds of others, because he has found a way to turn around the one reason why people hate.

Basically, we may have seen things stacked against us. We may have expected one result that seemed fair to us, and received another. In one case it may be justice for someone else. In another, it may be simple human decency toward ourselves. Whatever it may be, something was off and it made us angry.

As justice or fairness or righteousness seemed to continue to be against us or our cause, that anger began to simmer. Over time it began to stew. And finally, it started to boil into full blown hate. With the KKK members that met Daryl Davis, that hate became a normal way of life. A lost job, high taxes, or even just an ill-timed laugh might have made these people feel wronged. And anger grew until it boiled into vile prejudice against a group based not in reality, but in personal feelings of injustice toward them or people they cared about.

Whatever the cause, whatever the event that triggered the hate, there is really just one reason why we hate, which Daryl Davis has proved time and time again.

The Reason We Hate
What Daryl did was really simple. He didn’t go around showing KKK members the statistics that prove how valuable diversity is. He didn’t stand on street corners holding signs and yelling at them. He simple found the reason for their hate, and removed it.

When Daryl Davis changed the lives of hundreds of Klans members, that was simply not his goal. “I never set out to convert anyone in the Klan.”  He says.  “I just set out to get an answer to my question: ‘How can you hate me when you don’t even know me’.”

It’s easy to hate evil people; it’s hard to hate people that suddenly seem a lot like us with the same hopes and dreams and fears and struggles. Hatred of other people is often borne out of what we see, paired with ignorance of what we don’t see.

That mean person at work just may be abused at home. That backstabbing ladder climber may feel worthless and friendless and knows no other way to feel good about themselves because their cold and distant father only praised them for their successes at the expense of others.

A Different Perspective
I’m not saying that we have to put up with this behavior. I’m simply saying that hatred of people should be a warning light that someone is in pain; someone has been wronged. People don’t act this way out of the box. Something happened to make them angry or bitter or cruel, and often they direct that hatred out, because they are unable to direct it at the source of all the pain that caused it.

It’s time to look at how we can change this. When we feel hatred or when we see hatred, it should be like a cockpit alarm letting us know that something is wrong. It should wake us up to ask the questions: where is this hate coming from? How was it created? What can I do to squash it? Often, the key is simply to relate: to relate to the person we feel hatred toward or to show someone else some insight about the person they are feeling hatred toward.

Because being unable to relate is the breeding ground hate flourishes in. If we help others relate we can unravel the power of hate.