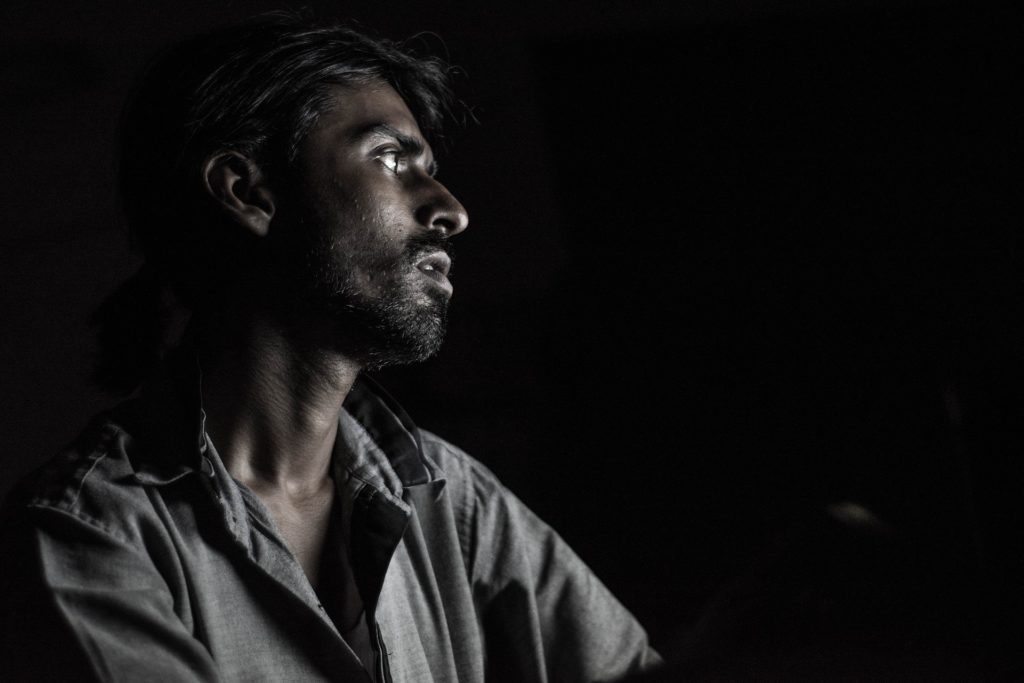 What do you do with prejudice against prejudice?

Understandable but Destructive
I have a friend, we’ll call him Marcos, that struggles with a problem. It seems he often feels slighted. It’s a near constant. He spends a lot of time and energy talking about how slighted he is, often by me.

On one hand I get it. His life started with a mother who would constantly berate him. He was made to feel small and often silenced. He was told how worthless and pointless he was. He was controlled, neglected, and abused. Yet he worked hard to overcome all that pain.

Unfortunately, it has tainted his worldview and the wounds are still sensitive. He’s often mistrusting. After all, doesn’t all our mistrust come from pain? It’s almost as if he’s on the lookout to prove people are out to hurt him, and, whenever he feels slighted, he pounces, showing how difficult his life really is.

You see, when Marcos gets upset about something, it’s hard to pull him off the ledge. It’s even more difficult if he believes I’ve slighted him. Why? Because he doesn’t let me speak.

If he angrily approaches me with something where I have failed him and I begin to apologize, he often expects I will be refuting him, and so he cuts me off and tells me why I’m wrong and gets angrier. I try to cool things down but he runs hot. He does this because his past experience is that he won’t be listened to, so, even though he knows I’m not like that, he’s triggered and isn’t in the mindset to think it through.

It’s worse if I didn’t do it. Then he simply won’t let me explain. As I start to, he interrupts. If I’m patient, he gets worked up. This often ends up with him storming off. It’s a real struggle in our friendship.

Self Destruction
The problem is that Marcos doesn’t have to do things this way. He could simply approach me and say “I got the impression that you hated my idea. Is that true?” To which I could reply “No! I thought it was great.” Or “Really? I don’t understand why you got that impression. What did I do to make you feel that way?”

Instead he might say “I have good ideas. You’re the one with stupid ideas.” All this coming out of left field followed by a barrage that’s challenging to get past.

This is self destructive. He already assumes the worst and he jumps in ready for attack. And it makes him struggle to get the resolution he craves.

Unfair Unfairness
At some point during the conversation he will often make an accusation. I will try to answer his accusation, but he will talk over me. As I patiently wait for him to answer, he gets angrier. He follows with another accusation and then again talks over me as I respond.

He wants his viewpoint heard, but he doesn’t want to hear mine. He wants to be in control of the conversation. He wants to dominate it. Any attempt to speak on my part is seen as an attempt to silence him.

All of this highlights an important paradox.

This situation with Marcos works similarly to something I like to call the prejudice paradox or what is commonly known as the Paradox of Tolerance. Basically it says that in a completely tolerant society the intolerant have the upper hand because they don’t play by the rules. Eventually the society itself will become intolerant.

That is, it will become intolerant if left unchecked.

The problem with the Paradox of Tolerance is it assumes no ground rules. For instance, if we allow people to say that people in a particular group are not allowed to speak, then they have broken a ground rule that everyone gets to speak. The tolerance of intolerant ideas has led to intolerance.

In order for society to remain accepting of all races, creeds, beliefs, genders, etc. we must agree that ALL people are created equal and granted inalienable rights. We must set ground rules. We must allow for anyone who wants to enjoy the liberties that tolerance provides to extend those same liberties to others as a basis to enjoy them.

Actions Have Consequences
There are ground rules to our freedoms. Some people seem to think they don’t exist.

We’ve all seen the person who says something horrible and then gets backlash and decries the backlash saying they have free speech and they can say whatever they want, not realizing that those opposed to them have the same right to respond. One-sided speech isn’t free speech.

And there are those that get up in arms when someone says something inflammatory at their job and they get fired, wanting protection for their free speech. They don’t seem to realize that just because the government won’t prosecute them for what they say, that doesn’t mean there aren’t consequences. A right to free speech isn’t immunity from consequences.

Someone can say something untrue about someone else. That doesn’t stop that person from being sued for libel and having to pay restitution. There are ground rules, and it’s something we need to think about.

Overcoming the Prejudice Paradox
To get past the prejudice paradox, we must make people adhere to these ground rules. When we are with other people, there needs to be a level of civility and mutual respect. If we have a platform where people can disseminate ideas, we need to make sure that there is a basic level the conversation adheres to:

Some are trying to negate the voices of others. For instance online harassment is a tool used to silence others. We need to find better ways to have better dialog.

If we want to overcome the Prejudice Paradox or the Paradox of Tolerance, we must work to see that free speech not only involves people being able to speak, but also being able to be heard. We just attribute their speech equally instead of diminishing their speech by applying different standards to them or considering them less important or less valuable.

To be truly tolerant, we must be intolerant of intolerance. Otherwise those most at risk will be marginalized and drowned out.

We must avoid the Prejudice Paradox, and applying the rules equally is a great start to making that happen.