The Rollercoaster of Self Loathing 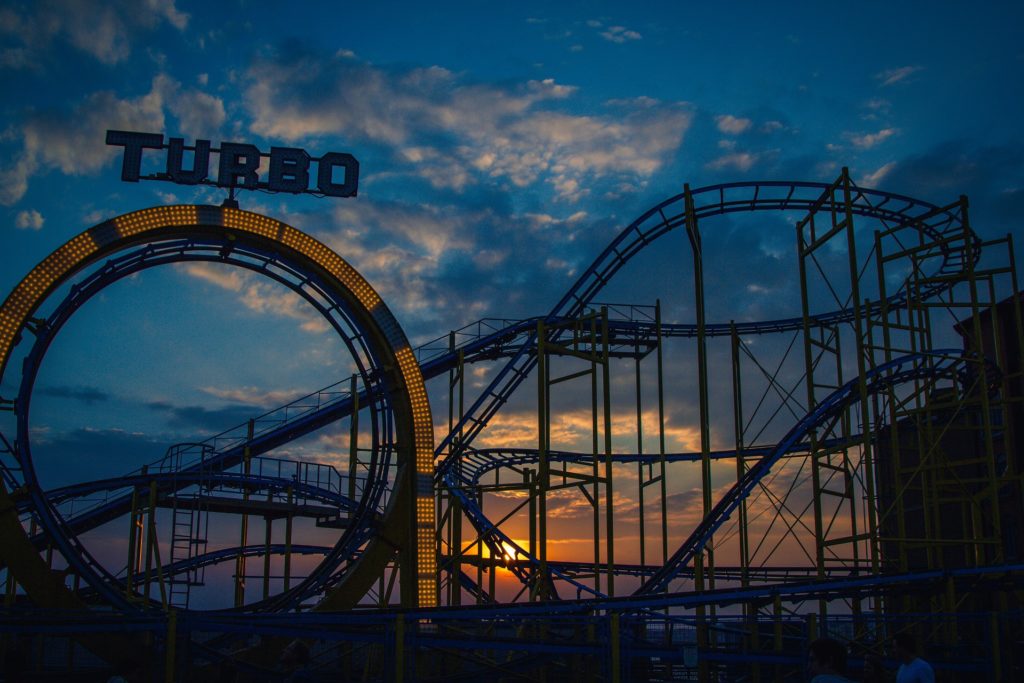 Today was a roller coaster of triumph buried in pain. That and a realization I am too much like my father.

But it went deeper than that. Because of past experiences, I was very self conscious. It only escalated that fear when I bombed the 15 minutes of practice. Afterward, I joined the choir to sing the second song. An offhand comment made me worried that I had misunderstood a need for me to play a second part, even though I know I hadn’t. I was feeling mountains of dread and it overtook me.

Despite all this, I carried on and, I thought, played pretty darn well. Yet, having never played in public, I wasn’t sure I would know. I had hoped someone would provide some unsolicited words of encouragement. None ever came. This only threw me deeper into a feeling of worthlessness. As much as I wanted to crawl out of the pit of despair I found myself in, it seemed the means of escape was not to be discovered. This would have to be an experience I would simply have to ride out.

Like Father Like Son
As the day wore on, bleak and dreary, I remembered many times my father had similar feelings. Although he was a highly successful minister – well regarded it seemed by everyone, and a positive force in the lives of so many – he often felt he didn’t measure up. I remember him often undercutting even the most fantastic of his achievements and talking as if they were worthless. Sadly, I really believe he felt this.

I remember when I worked at the publishing company that printed his book Effective Communication and I told him about them, he simply said to me with shame in his voice how ironic it was that he wrote a book on communication when he was no good at it. This from the man who was invited to speak more places than he was able to visit and would hold Sunday services for hundreds of people.

A Blanket of Loathing
So I sat there, in the pew after my performance, just hating myself. I went home and felt more of the same. It’s a feeling I knew all to well – the one I’ve written about often. I wish there was a magic switch to turn it off, but I just can’t find a way to stop feeling like I disappoint everyone at times.

I want to say there was a magic remedy or a powerful technique I could perform, but there wasn’t. I sat neck deep in emotional turmoil all day. I stood in it when I knew, chances were, all my doubts and fears were unfounded.

We Are Flawed
I know there are some out there that expect we should always be happy. Or some that expect that if we just do the right thing, like smile, or act the part, that we don’t have to feel the pain.

But we are all incredibly human. And sometimes we are tired. Or drained. Or stressed. Or angry. We make mistakes. We are imperfect. We are flawed.

Life is messy, but that’s okay. It can be painful. We can be stuck living in misery we want desperately to turn off and yet we can’t. That’s okay too.