The Safety of Ships 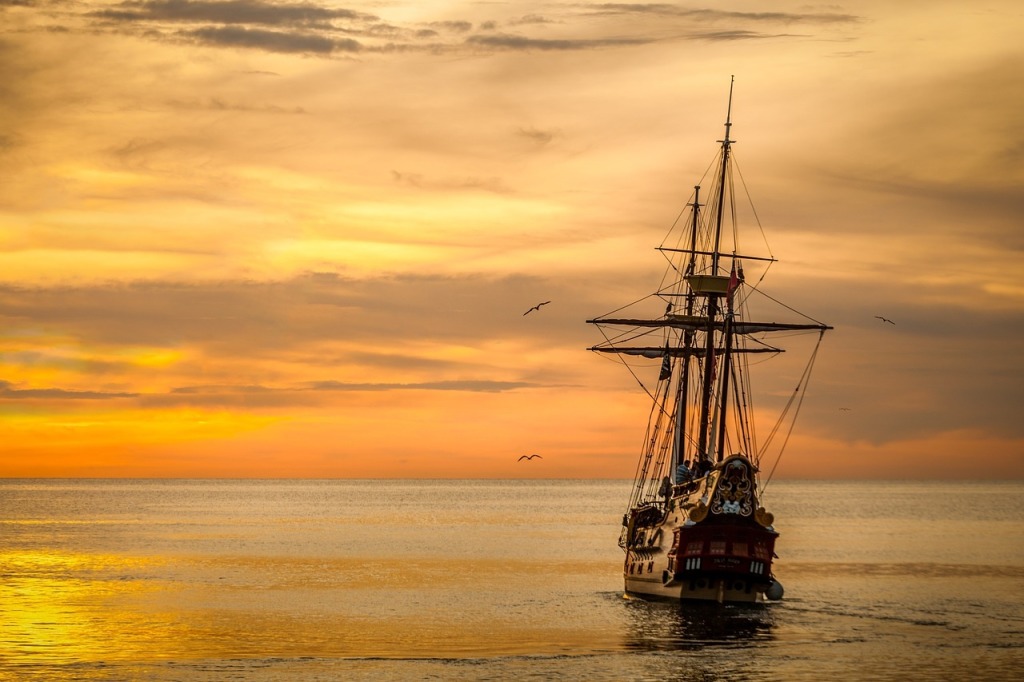 I am currently in a long distance relationship. Now wait, before you groan and think not another relationship post, I’m only mentioning it because of the travel. Since we live in two different states, him in New York and me in Tennessee, we do quite a bit of traveling each month. It was on my latest trip to visit him in New York that I saw his interesting new decor in the upstairs bathroom.

Some Daily Inspiration
One of the first things I do when I get to his house is unpack. I would like to say that I noticed the new addition to the bathroom as soon as I put my stuff in there but that wouldn’t be true. I have no idea how I didn’t notice. It wasn’t until the next morning, when I was getting ready, that I saw the bright blue ring around the mirror. It was surrounded by blue post-it notes. They basically framed both sides and the bottom of the mirror – 26 post-it notes total!

Obviously, I had to stop what I was doing and read these notes. It was great! He had posted motivational quotes in a place he would read them every day to keep him in the right frame of mind. These are quotes like “If you can dream it, you can do it” by Walt Disney, “The chief enemy of creativity is ‘good sense’” by Pablo Picasso, or “When we give ourselves permission to fail, we at the same time give ourselves permission to excel” by Eloise Ristad.

Over the next couple of days, I kept thinking about one particular quote posted on the mirror. “A ship in harbor is safe – but that is not what ships are built for” by William G T. Shedd. Each morning as I was getting ready, my eye kept getting drawn back to that particular quote. I don’t know why. It was like an itch I couldn’t scratch. Something about that quote was bothering me.

When Safety Isn’t Safe
On the third day, the thought that had been bouncing around in the back of my head, keeping my focus on that quote, finally clarified. The safety in the harbor is an illusion. A captain might choose to take the “safe” route and keep his ship in port during a storm, when in reality that could be the most risky thing of all.

When a hurricane comes through, in most cases ships are more at risk in the harbor than they would be out at sea. If a ship remains in harbor, the storm could bash it against the dock, doing significant damage to both the ship and the port. Going out to sea could actually be the safer option. It allows more room for the ship to maneuver and moves it away from obstacles that the hurricane can smash it against.

I am the poster child for avoiding risk. I like to evaluate all options to try to minimize any chance of failure. However, in the same way that staying in port only gives the illusion of safety for the ship, my taking the “safe” path only gives me the illusion of safety in life. There is no truly safe path. Everything has risks. So if everything has risks, why not venture out to sea to discover what is beyond the horizon? Why not try new things, gain new experiences, meet new people?

It is through those things that we gain the greatest rewards. I think it’s time for all of us to leave our “safe” harbor and really make the most of the time we have.