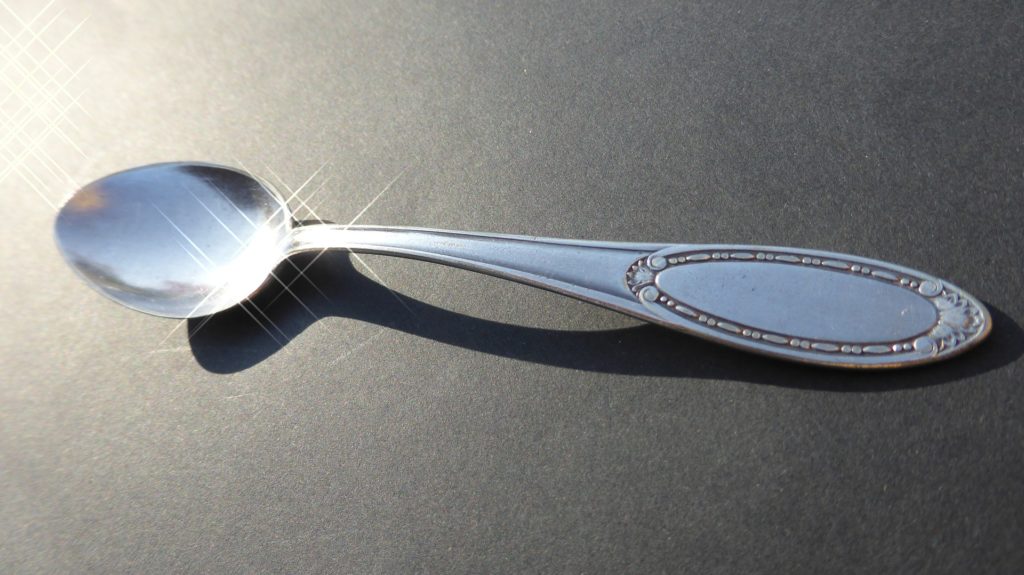 There is a lot of division in our country today with so many raising their voices in discord. There is also a lot of injustice that needs to be spoken out against. How do we know when to stand up and when to shut up and sit down?

A Lot of Division
In the last few weeks there’s been a lot of clashing in the U.S. We’ve being seeing a large divide for quite some time now and it seems the gap is only growing.

Colin Kaepernick’s decision to kneel during the national anthem has become a divisive topic of conversation with some outraged at his protest and others seeing it as a means to draw attention to an important discussion.

People are divided. In situations like this it becomes difficult to know where the line is between standing up for what’s right and causing a rift in an already divided country. Maybe there’s a simple rule that can help us know the right approach.

My Bronze Spoon
If you’ve never heard the phrase “born with a silver spoon in his mouth”, don’t tell me because that means you’re younger than me. The phrase simply means that someone has only known wealth. They’ve only had the good life. Everything has come easy to them.

I’ve never had a silver spoon, but, in all fairness, I had a bronze spoon. I went to a private school until I told my parents I didn’t want to go any more. I was given a computer when I was barely a teenager back when household computers were rare at best. I had my own room, and pretty much my own floor as a teenager. I found it easy to find jobs, go to the college I wanted to attend, and get credit.

As my dad was a pastor of a large church, I had a great deal of support, encouragement, and help when I needed it. There was a church full of people ready to help pick me up, help me take advantage of opportunities, and provide recommendations for me.

Our Own View of Normal
Yet with all that, I still had challenges just like everyone does. I still had things that I wanted to buy, but couldn’t, like most of us do (although I will say, as someone who started working at sixteen, I was able to buy a lot of things I wanted).

Of course if we are missing it, it’s usually the opposite: “no one knows the struggles I have. Everyone must be cared about but me.” Our view of normal is that we aren’t luckier than anyone else… but we often are.

And as someone who had a bronze spoon, I feel it’s my responsibility to help those who weren’t fortunate enough to have my version of normal. And I’ve devised a simple rule to know when to speak out. I call it the Silver Spoon Rule.

The Silver Spoon Rule
If we think about the people who are suffering and struggling, it makes sense to speak out to make sure they are heard. How do we know we are not just complaining? By applying this simple rule.

If instead the injustice you see is that people less well off than you are doing something you don’t approve of, perhaps it’s time to find out why. Perhaps your view of normal is clouding your understanding of their struggle, and if not, you may just find a better way to help them understand that as well.

Be an Advocate for Justice
You’ve heard the sayings “do to others as you would have them do to you.” and “whatever you do for the least, you do for God” (my paraphrase). This is where our focus should be: on doing to others who have not had the privileges we have had.

If we focus on people doing things that we don’t like, we will always be offended. Instead, if we follow the Silver Spoon Rule, and simply advocate for those that don’t have what we have in some area, we can make the world a better place.

Perhaps, if we all start applying the Silver Spoon Rule, we can avoid the things that divide us, and find that desire to help our fellow man and woman kind which can serve to unite us.