The Villain of Mayberry 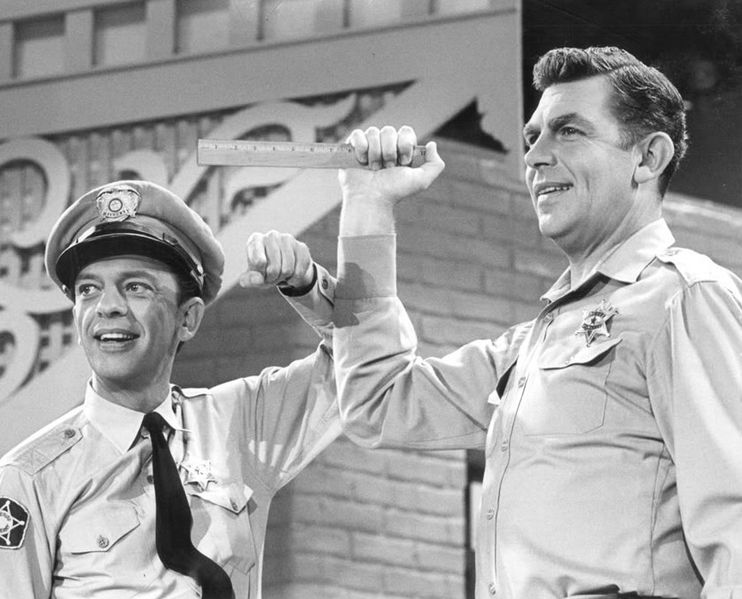 I’ve recently started rewatching The Andy Griffith Show. It’s funny, it’s inspiring, and it almost always involves a positive message. However I think people don’t realize how often the hero is the villain.

As I watched the first season I was struck at how often old lovable Andy was the villain. In episode after episode Andy did things that were unfair, unkind, and dishonest.

In episode 5, Irresistible Andy, Andy asks Ellie to a church picnic and dance. After she agrees, he starts overthinking the situation and believes Ellie tricked him into asking her. He begins believing she is trying to trap him into a long term commitment, so he sets in motion a plan to trick her into finding someone else.

In episode 8, Opie’s Charity, Andy becomes frustrated with his son who was the lowest charitable donor for underprivileged children in his class. Andy continues to get onto Opie wondering how it will look on him for his son to be the lowest donor; from his viewpoint Opie is hoarding his money to spend on a girlfriend. It’s not until the end that Andy listens long enough to get a little more information and realize that Opie is saving his money to buy a coat for a girl whose family can’t afford one.

In episode 10, Ellie for Council, Andy laughs at Ellie’s idea to run for city council and sets all the men in town against the women. He tells Ellie, “You don’t want to concern yourself with government business. You want to let the men worry about that.”

In episode 14, The Horse Trader, after telling Opie not to be dishonest when trading with his friends, Andy goes out and spins a few whopping yarns to sell an old cannon, much to the chagrin of Barney and Ellie.

Andy, it seems, can be quite the villain.

The Hero
It’s something I don’t think many people think about. Because so often he’s the hero. In the first episode, Opie struggles to come to terms with Aunt Bee who replaced a beloved housekeeper. When Opie threatens to run away, Andy, being clever and kind offers to help, by writing a note to help him leave behind. As he writes it, he slyly points out things that Opie will miss until Opie realizes he doesn’t want to run away and throws his arms around his dad.

And in so many other episodes Andy’s the hero. In The Manhunt where he delivers a wanted criminal to the state police using his wits despite their efforts to keep him on the outside. In Runaway Kid, Andy convinces a young boy who’s run away the value of life with his mom and dad. In A Stranger in Town, someone comes into town with a deep knowledge of the town that no one knows causing the town to confront and try to get rid of him. It’s Andy that steps in and shows them the truth.

Time after time Andy is the hero. When we think of the show we think of Andy as the guy who saves the day, sets people straight, and makes Mayberry a wonderful place to live. Then why is he so often such a villain?

Afraid to Admit the Truth
Because that’s real life. We like to think there are good people and bad people. We like to think there are those that make all the right decisions and those that make all the wrong decisions. Look at politics. It doesn’t seem to matter what a politician does sometimes. No matter how egregious the accusation, the people in that party seem to find a way to excuse, explain, or deflect any and every defect.

But that’s not how humans are. It’s not about being perfect. It’s about striving to be our best and admitting when we fall short. That’s why we love Andy.

After Andy saw how unfair he had been to his son who was trying to buy a coat for a friend, he realized the error of his ways. When he noticed his son taking after his “horse trading” ways after he himself was “stretching the truth” to sell a canon, he made it right with the buyer. And when he saw his mistake when Ellie was running for council he made an impassioned plea to the folks of Mayberrry:

Now, we men are against a woman running for council. … The woman in this case being Ellie Walker. Now we’re against her because she’s a woman. But now, when you try to think of any other reason, you kind of draw a blank.

As he goes on, he explains how his bigotry started showing itself in his son who became, as he said, “anti-woman”. That’s when he decided to change his mind. In the end, he supported Ellie.

The Value of an Imperfect Hero
It’s time we stop expecting our heroes to be perfect. Because they’re not. It seems we’ve lost the days where we realize that good people make bad decisions. Instead, it seems like we try to cover up the bad decisions and make them good. If our heroes said that, we think, I must have had it wrong all along. We become like a reed, blowing in the wind whichever direction it heads.

We don’t need supermen. We don’t need infallible people running the show. Instead, we need to hold our heroes to account. Our moral compass should be strong so when they run afoul of what’s good and decent, we hold their feet to the fire and expect them to move back to solid ground instead of moving ourselves into the muck and mire.

It just may be why the Andy Griffith Show was always in the top ten while it was on the air. Perhaps, despite our mistakes of trying to make our heroes infallible, we realize deep down that we all make bad choices. Sometimes each one of us is the villain. It’s only when we realize that, accept that, and strive to become better that we can really be true heroes.