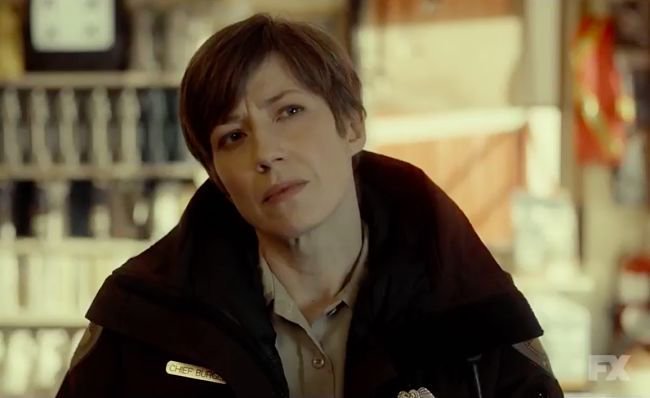 Do you ever feel like you’re heading in the right direction, but everyone and their son and best friend’s cousin are telling you it’s the wrong direction? Have you ever felt like up is down and down is up, and you’re just trying to make sense of it all? You might be feeling like a Burgle.

Fargo Fan
I just finished watching the most recent season of Fargo. It’s a really different, off the wall experience about what happens when everything just goes wrong. Every season of Fargo is different, but there’s typically a whole slew of people doing some messed up stuff with one sane person it pretty much revolves around. In each season, that person is a police officer. In season three, it’s Gloria Burgle.

Chief Burgle struggles a lot in the show. She’s highly capable, skilled at her job, and great at putting together the pieces. Unfortunately, toward the beginning of the season, there is a merging of police departments and Chief Burgle becomes Officer Burgle where she reports to a man who God must have filled with too much confidence, because this man has left no room for common sense.

The season follows Officer Burgle and her co-hort, Officer Lopez as they unravel the crimes committed in the town, only to be foiled by their boss who has neither the aptitude nor understanding to realize the grave situation their community is in. No matter how hard they try to make headway and bring justice to their small corner of the world, they are constantly stopped by their boss who sees nearly every bit of evidence as coincidence since it doesn’t line up with his predetermined understanding of the world.

Have you ever sat looking on in disbelief as good and well-intentioned people simply didn’t want to listen or look at anything other than their predetermined understanding of the world? No matter how much the evidence stacked up against their position, they were so dug in, so entrenched, that they couldn’t see it any other way?

At some point we have all felt like a Burgle, the only question is how big or small the feeling was. It might have just been a little situation that wore on us, or it might have been a colossal situation that seemed like the injustice of the world.

Fighting the Burgs
When you feel like you’re fighting the burgs (I’ve turned this into a catchphrase. Huzzah!), it’s tough! You know up is up and down is down, but some people see it completely backward and want to convince you of it. But there are a few tricks you can use to stay on top of it.

We may often find ourselves in the lonely position of doing what’s right in the face of others who feel they are doing the right thing only to head down a bad path. Sometimes all we can do is find the strength to move forward in the midst of it. More often than not, that will either help us be prepared when the time is right or lead us down a new path of positivity and progress.

We may not always be in the majority, but we can still find ways to do the right thing.