Why I Want to Imagine a World without My Parents 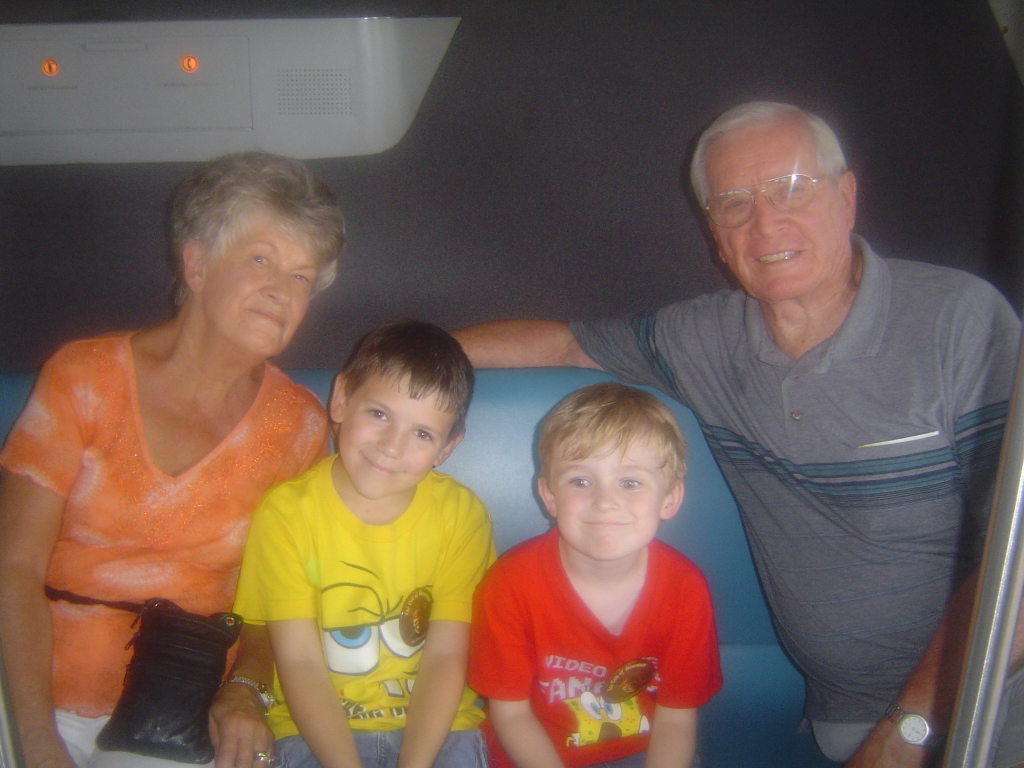 My parents were two of the kindest, most generous, and most loving people I have ever met. They taught me some amazing ways to look at life and tackle life’s challenges. That’s why I imagine my world without them.

The Mayor of Churchtown
My father was a pastor, and Sunday was time for church. We went religiously (yeah, I said it). But it was one particular Sunday that really stands out to me.

It was a Sunday not long ago, after my dad had retired. I didn’t live in the area at the time, so I was just visiting. My parents had been going to the same church in Cleveland, Tennessee that my dad had pastored when he retired.

As we walked in, I walked up the usual section toward the front and my dad stopped to talk to one of the older people in the church. As I sat down I noticed him working his way through the aisle to talk to other quiet and elderly people. After a few minutes he still hadn’t arrived at his usual seat. I turned around to see him talking to several others.

When he finally arrived I can’t be sure of my exact words, but I’m pretty sure they were snarky, like “well, aren’t you popular?”

I don’t believe my father’s response wasn’t meant to be anything other than clarifying. He said “Dave, if I didn’t talk to these people, I don’t know that anyone will.” All the snark was drained from my body as a sense of disappointment with myself filled me. I realized my dad was on a mission to improve the lives of people he met, and I had trivialized it.

Why Can’t You Just Take My Side?
My mom was unique too. When I would come to my mom with a problem she was always ready to listen. No matter what the subject, she listened intently. She always let me say my peace and heard me out, regardless of how contrary my position was. To say she was understanding would be to say a battlecruiser is a boat.

And this irked my teenage self. I would often come to her looking for an ally when people treated me in a less than friendly way. I always found one. And so did they.

“Why do you think they did that, Dave?” she would ask, or “Are you sure they meant it that way?” She saw everyone as valuable and everyone as needing understanding, even those that did wrong by me. As a teenager wanting someone to join me in badmouthing the people who hurt me – even though they weren’t there – I was thoroughly disappointed. As an adult who has come to realize how similar we all are inside, I’m eternally grateful.

My mom showed me what it meant to understand people and be patient with them and compassionate. She showed me that people are just like me, only with different experiences and influences. It’s helped me a great deal in life to relate with people in a more positive way. That’s why I’ve decided to imagine that she never taught it to me.

An Unforgettable Ski Trip
In many ways my father was very different in the way he approached me. It was difficult for him to be hands on as he hardly had any real hands on experience with his own dad growing up. His father was a kind and loving man, but as a farmer back in the 40’s, it was simply the role a man played to be provider and let his wife connect with the kids on a daily basis. Yet there is one time my dad spent time with me that I will never forget.

Birthdays during my high school years meant skiing with my dad. Every year he would sign me out of school and we would drive up to White Pass, 45 minutes from our home. We would take the day and just ski the slopes together.

One year my dad had a fall halfway through the day. It was nothing to call attention to – falling down is a part of skiing. He took a minute or two and then we were on our way. We had a great time skiing the rest of the day.

The next day after I came home from school, my dad had a leg brace that went from his ankle almost to his hip. Evidently he had wrenched his knee in that fall and didn’t want to spoil my birthday. He skied out the rest of the day so I would have my special day. He wore that brace for weeks and every time I remember it, I know that my dad might not have always known how to do the right thing as a dad, but he always tried.

I can’t say that was the wisest move for him to keep skiing, but I can say this: I don’t remember our ski trips too much, but I will always remember the sacrifice he made. Which is exactly the reason I need to throw it out of my mind.

Time to Stop Thinking About My Parents
I’ve decided that I need to stop thinking about my parents’ actions, not because they aren’t frequently in my thoughts, but because I need to be as understanding as they were. Instead, I need to think about others with other parents – the parent’s that didn’t show compassion, understanding, and sacrifice.

When I look at someone who is selfish, I have to remember what my father showed me. Maybe they never had a father that taught them compassion. Maybe they grew up with the delusion that some people don’t matter. Maybe they simply need some compassion shown to them.

And when I see someone who is more focused on hurting or taking advantage of me as a person than just being real, I have to learn to sacrifice. Maybe that person didn’t have a father that would go out of his way to show his son what he meant or how important he was. Maybe I will have to sacrifice to bridge the gap.

As much as I love my parents, if I really want to honor their memory, I need to imagine the world without them so I can see how others may view the world. I’m grateful for the wonderful gifts of understanding, compassion, and sacrifice they gave me, and seeing the world without them will help me see where I can give those gifts to others.